Home heating shock sticker: the cost of natural gas is up 180% 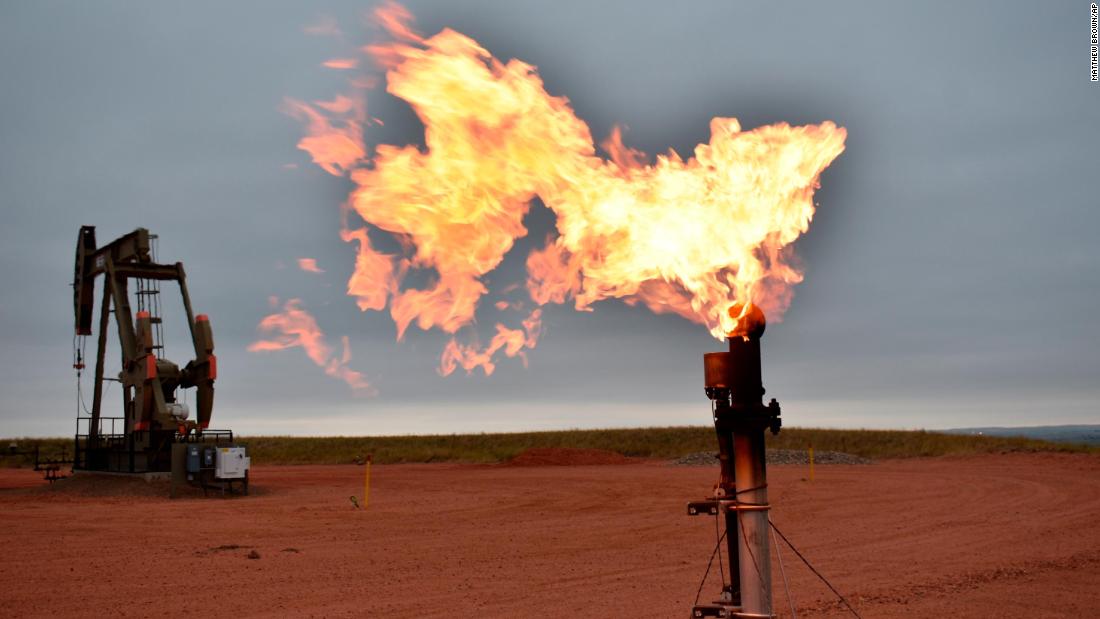 Prices for natural gas, the most common way to heat homes and one of the main fuel sources for generating electricity, have jumped more than 180% in the past 12 months to reach $ 5.90 per million British thermal units. Natural gas has not been as expensive since February 2014.

The risk is that an early winter or extremely cold fall temperatures will force households to increase heating. This would further reduce below-average natural gas inventories for the country and could push prices even higher.

Soaring inflation is forcing the Federal Reserve to consider cutting its continued support for the economy and leading some moderate lawmakers to question the need for the White House’s ambitious spending plans. Meanwhile, the energy crisis is making global investors nervous about economic growth and high prices.

“It would be bad enough, even in normal times. But now there is this general fear of inflation,” said Robert McNally, chairman of consultancy firm Rapidan Energy Group.

According to the US Energy Information Administration, about half of US households use natural gas for home and water heating.

Indeed, AGA pointed out, its members buy gas under long-term contracts that freeze prices and protect customers from some of the volatility. Rubin added that utilities are increasing winter supplies with the storage of gas purchased months earlier.

The natural gas situation is much worse abroad: Europe and Asia are grappling with crippling increases in natural gas prices and shortages that have forced blackouts, plant closures and cast a shadow over the economic recovery there.

Soaring natural gas prices forced a major US fertilizer manufacturer to shut down operations in the UK. Fearing food shortages due to a lack of carbon dioxide production, the UK government stepped in to bail out the US company.
The impact in the United States is mitigated by the country being the world’s largest producer of natural gas, a benefit of the shale boom that has unlocked an abundance of cheap gas. In fact, the United States is a major exporter of natural gas.

“There is no way we will run out of natural gas. We will survive,” Yawger said.

Supply cannot catch up with demand

So why have natural gas prices increased so sharply? The central problem is that while economic activity has rebounded, natural gas production has not. This means that demand returns faster than supply, forcing prices to rise.

After years of losing money, natural gas producers have been cautious about increasing production. Storage levels in the lower 48 US states are slightly below normal, according to the US Energy Information Administration.

Demand was further boosted by the heat waves that swept through the country this summer. The high temperatures have increased the use of air conditioning and the demand for electricity.

Natural gas is the primary fuel source for the U.S. electricity grid, providing 40% of large-scale electricity generation, according to the EIA.

The situation was exacerbated by unplanned production shutdowns in Norway and Russia as well as Hurricane Ida, which took the vast majority of Gulf of Mexico oil and gas production offline.

US supply was further reduced by strong foreign demand against a backdrop of high international prices. U.S. exports of liquefied natural gas are expected to average 9.6 billion cubic feet per day this year, up 48% from a year ago, according to the EIA.

And then there is the role of hedge funds and other big traders on Wall Street. Yawger said speculators rushed to raise natural gas prices when they realized storage levels were unusually low.

“It was a perfect storm, with specs rushing to take full advantage of it. It’s spec nirvana,” he said.

The good news is that some on Wall Street say the rise in natural gas could get out of hand.

The energy transition will not be easy

Soaring natural gas prices come at a delicate time for governments around the world. Not only are they facing high inflation, but world leaders are also trying to move away from fossil fuels.

Environmental groups want to ban hydraulic fracturing of oil and gas to prevent emissions from warming the planet. At least four countries in the European Union have adopted plans to end domestic production of fossil fuels by 2050, according to IHS Markit.
President Joe Biden has set a goal of carbon-free power generation by 2035, an ambitious goal that would require a radical shift from natural gas and coal to solar and wind.

Today’s high energy prices are a painful reminder of how reliant the global economy is on fossil fuels – and how difficult, and potentially unpopular, it will be to get rid of it.