How do COVID vaccines stand in relation to variants? 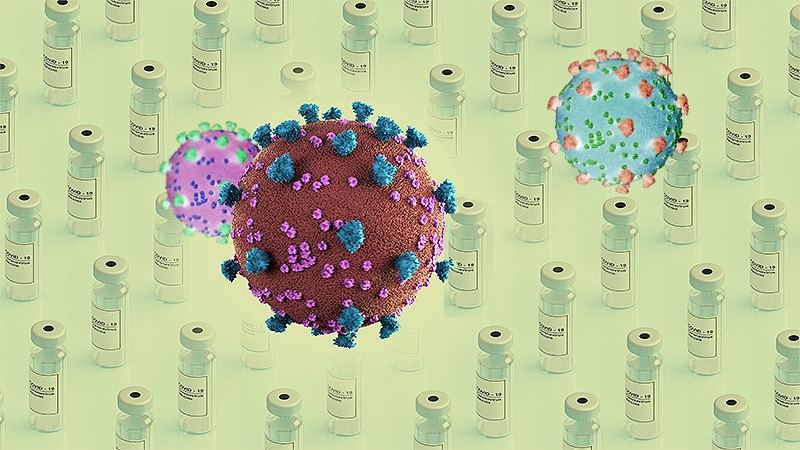 As the virus that causes COVID-19 continues to evolve, drugmakers are rushing to adapt their vaccines to changes in the virus’s genetic code that seem to help it evade our immune system.

Of the three “worrisome variants” recognized by the World Health Organization and the Centers for Disease Control and Prevention, studies have shown that the mRNA vaccines created by Pfizer / BioNTech and Moderna, as well as the Novavax vaccine, remain very effective. against B .1.1.7, which was first recognized in the UK.

The mRNA vaccines are 4-7 times less effective against the P.1 variant, which was first discovered in Brazil, but they still seem to be in a strong “cushion”, especially after two doses, and should prevent disease, according to Anthony Fauci, MD, director of the National Institute of Allergy and Infectious Diseases.

The B.1.351 variant is more troublesome. Studies have shown that the AstraZeneca vaccine is 86 times less effective against this variant, which was first detected in South Africa.

MRNA vaccines are 6-8 times less effective against this variant, suggesting a significant decline in protection. In clinical trials in South Africa, the Johnson & Johnson vaccine was also less effective in populations where this variant was booming.

Johnson & Johnson, Moderna and Pfizer are all exploring options to make their vaccines more effective against the variants.

Johnson & Johnson is giving trial participants a second dose of its original one-dose injection to see if a booster could make it more effective. He is also designing new derivative vaccines to be more effective against the variants.

Pfizer is testing a third dose of its original vaccine to see if it will increase protection enough to prevent infection with new strains. He also reformulates his vaccine to produce antibodies against the new variants.

Moderna and Novovax also announced that they will develop strain-specific multivalent vaccines to better take the variants, according to The Wall Street Journal. AstraZeneca is also committed to developing next-generation variant vaccines.