How Jeff Dunham pulled off a last-minute Comedy Central special 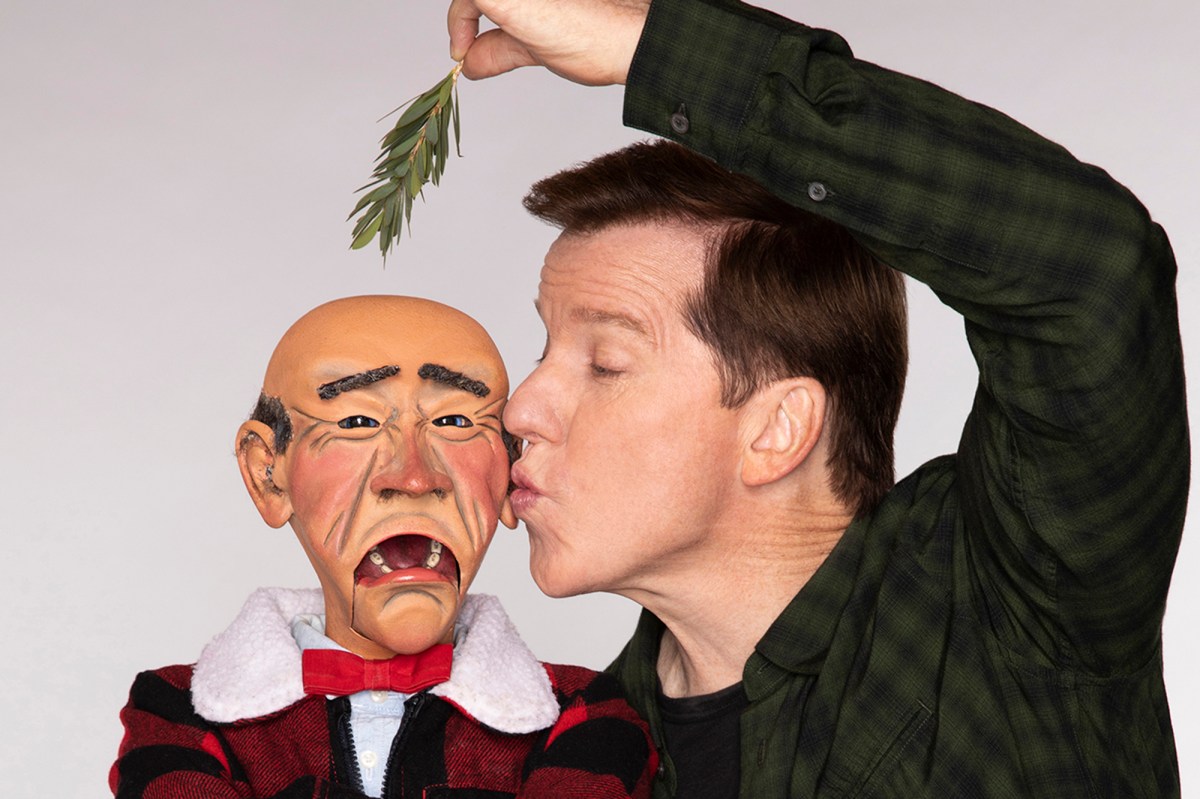 Comedic ventriloquist Jeff Dunham orchestrated his latest Comedy Central special in a remarkably quick time – adjusting to the limits of production reality in the COVID era of television.

“I had the idea literally two months ago and we shot it three weeks ago,” said Dunham, 58, of “Jeff Dunham’s Completely Unrehearsed Last-Minute Pandemic Holiday Special,” airs Friday at 8 p.m. “It was a crazy turnaround in a creative and technical way. I’ve heard of so many other comics doing specials [during COVID] in drive-ins, etc. and I said, “We can do it.

“This is my 10th special, and it’s always an 18-24 month event to build them, one joke at a time… getting the same breath and perfecting it to make it a lay-up,” he said. .

“I like to say that I got Comedy Central to buy an ‘unscripted’ special.”

Dunham is modest; Friday’s telecast, his first in a new three-year deal with the cable network, was intricately planned despite the short time frame and is built around jokes he’s never played before. He recorded two live shows (on different nights) in Malibu, Calif., To a nighttime audience of 100 people (following COVID protocols).

“I pushed a few writer friends aside and said, ‘Here’s the topic’ and they started writing jokes,” says Dunham, known for his stable of characters including Peanut, Bubba J and Walter. “No one was communicating face to face… and we put it all together. We cleaned it up to make it more family friendly – no politics at all. Everyone is fed up now. It’s just silly, silly fun… literally what everyone is going through now, dealing with family members, relationships, being locked in the house… a little bit of escape and fun, a lighter interpretation of this serious situation.

“I haven’t tried a single joke before [taping], “he said.” Not for my wife, my friends or my associates. When I took the stage that night, I had never said those jokes out loud to anyone on the planet. Only one. moment has been repeated, since my first time on “The Tonight Show” with Johnny Carson in 1990. I wanted to bring this back because it’s been a classic of my number for a decade.

Dunham says audiences for both shows have been solicited online.

“We put it on social media on a first come, first serve basis and everyone was put on a waiting list,” he says. “It filled up instantly. Everyone had a COVID test three days in advance – people had to jump through flaming hoops to get to these shows. The worst audience in the world is the one who enters for free and without incident. They are still making judgments.

“These people just wanted to laugh.”

And, says Dunham, he has plenty of material left once the two shows are edited together for Friday’s special.

“I only had to use half of what I did on those nights – and a lot of my road show is written now.