How the President destroyed his own campaign. 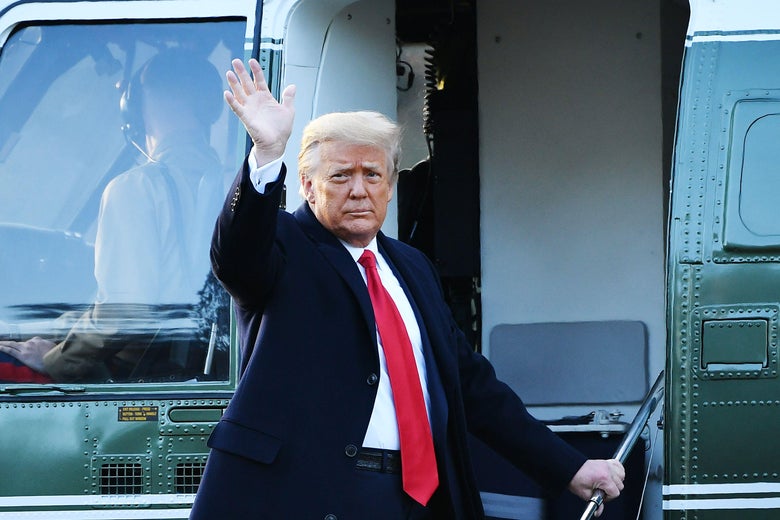 Donald Trump could deny the winner of the 2020 election, but his pollsters are not. Two of them performed autopsies on his defeat, and those autopsies are now public. One of its pollsters, John McLaughlin, published an analysis in Newsmax in November. Another report, written by consultant Tony Fabrizio, was released Monday by Politico. None of the pollsters blame the former president, but their numbers tell the story: Trump destroyed himself.

Autopsies identified two reasons why Trump should have won. First, based on self-identification, the 2020 electorate was significantly more Republican than the 2016 electorate. Second, public satisfaction with the economy favored the incumbent. The two polls found that people who voted in 2020 believed Trump would run the economy better than Joe Biden. McLaughlin’s analysis, based on his post-election survey of people who voted in 2020, noted that 61% of those voters said they were better off than four years earlier. Despite this, Trump managed to lose a third of the 61%. “At least 20% of all voters thought they were better off today than they were four years ago and do not vote for President Trump, ”McLaughlin wrote.

Fabrizio analyzed the 10-state exit polls Trump won in 2016. Florida, Iowa, North Carolina, Ohio and Texas stayed with Trump in 2020; Arizona, Georgia, Michigan, Pennsylvania and Wisconsin have moved to Biden. Collectively, across all 10 states, Fabrizio calculated a “massive swing” against Trump among independents (17-19 percentage points) and a similar shift among white college-educated voters (14-18 points). Likewise, in his national sample, McLaughlin found that Biden won moderates, from 62% to 36%.

What killed Trump were the new voters. Biden won them by 14 points in the deciding five States.

Trump pushed back those voters, even those who were happy with the economy. In McLaughlin’s national sample, Biden was viewed more favorably than Trump. Among voters who disliked both candidates, the pollster noted that “aversion to Trump was more dominant.” Three-quarters of Biden voters cited character or personality traits as the reasons for their voting decisions, and the reasons they gave were “primarily anti-Trump,” McLaughlin wrote. Seven percent of respondents said they voted mostly “against Biden,” but 19 percent said they voted mostly “against Trump.”

Fabrizio found similar results. In Battlefield States, voters said by a four-point margin that Biden was not “honest and trustworthy.” Trump’s deficit on the same issue was much larger: 14 to 18 points. Exit polls also indicated that Trump had inspired millions of new voters to surrender, in person or by mail, to get rid of him. Fabrizio noted that collectively, in the five states that turned to Biden, Trump edged out Biden among those who voted in 2016. What killed Trump was the new voters. Biden won them by 14 points in the deciding five states.

Trump has also misjudged the COVID-19 policy. Throughout the campaign, he focused on quickly reopening the economy, often at the risk of reigniting the pandemic. This proved disastrous for the country, but also for his candidacy. Fabrizio found that in the 10 battlefield states, “the majority of voters … made it a priority to stop the spread of [the virus] on reopening the economy. The virus “was the main problem” in those states, the pollster observed, “and Biden brought those voters nearly 3 to 1.” In exit polls and in McLaughlin’s inquiry, voters said with large margins that Biden would handle the virus better than Trump.

Fabrizio pointed out two particularly silly mistakes in Trump’s response to the virus. One ridiculed the masks. In all 10 battlefield states, voters who favored mask mandates (Biden’s position) outnumbered those who opposed mask mandates (Trump’s position) by a three-to-one ratio. The huge pro-mask riding went to Biden by around 30 points, on average, across the five states that returned him. Trump’s other stupid move was his persistent slander against Anthony Fauci, the director of the National Institute of Allergy and Infectious Diseases. In the five states that switched to Biden, 72% of voters approved of Fauci’s professional performance, and 63% of those voters went to Biden.

Any incumbent should have battled a pandemic in an election year. But Trump had everything else going for him. Despite the setbacks, the economy he inherited was still strong. Both Congress and the Federal Reserve have injected billions of dollars to support households and businesses. Republicans voted in greater numbers than in 2016. And yet Trump managed to lose. He lost because he botched his job, chose stupid fights, and took on most of the country. His own pollsters have confirmed this.

Slate covers the stories that matter to you. Join Slate Plus to support our work. You will get unlimited items and a suite of great benefits.