Along with the announcement of its new flagship smartphones – the P30 and P30 Pro, for those who missed it – Huawei also unveiled new wearable gadgets. These include variants of the Watch GT for slightly different audiences and new audio products.

The Watch GT arrived in the US last month, but Huawei already has two new entries for the lineup. The stylish edition features a 42mm case and offers a week of battery life with activated cardiac monitoring. The already leaked Active Edition has a wider 46 mm case and can last about two weeks before needing to be recharged. GPS, GLONASS, GALILEO are all on board for a precise tracking of location. Huawei also talked about a new triathlon mode, aimed at ambitious fitness types. As before, they use Huawei's operating system Lite and not the Google operating system. 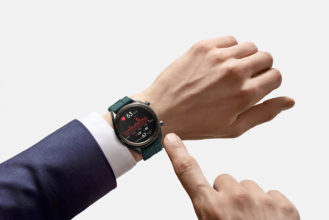 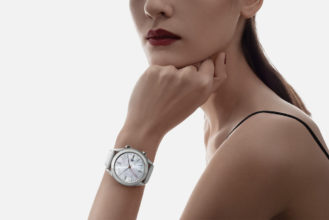 As a follow-up to AirPod-esque's original wireless headphones last year, Huawei launched the FreeBuds Lite. The design has not changed much (they still look like those of Apple), but they now have a 12-hour battery life and an IPX4 rating, which is good for splashing water but not much more.

FreeLace collars are connected by a cable that can be split in half to reveal a USB-C plug. This can be used to charge the headsets on the fly – a charge of five minutes gives you 4 hours of playback. When he is completely in a hurry, the FreeLace promises an 18 hour battery life. Magnets hold both headphones together when they are not in use.

In addition to new portable devices, Huawei also announced the introduction of the SuperCharge Power Bank 12 000 40 W, which allows you to charge your P30 Pro as quickly while on the go. At the end of the event, there was also a moment when Huawei unveiled new smart glasses designed in collaboration with Gentle Monster. They have antennas, speakers and microphones for calls, as well as an IP67 degree of protection. We'll know more about them later, but they look pretty cool, I guess.

Prices in euros for everything except the glasses can be found below: