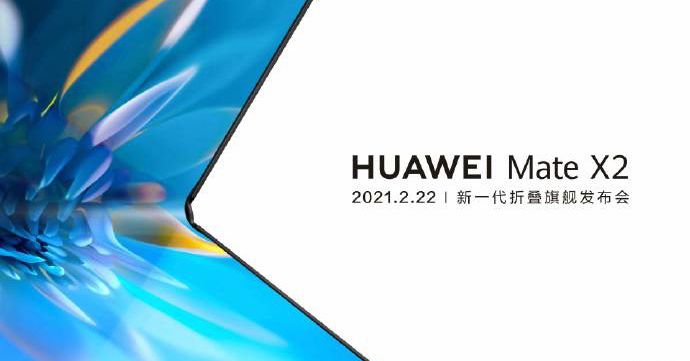 Huawei will announce a new flagship foldable phone later this month, according to a Weibo article on the company’s official page. From the name, the Mate X2 appears to be a more substantial follow-up to the original Mate X than Huawei’s latest foldable phone, the faster and slightly modified Mate XS.

Unless Huawei is purposely cryptic, the Mate X2 teaser image actually suggests that the phone could possibly switch to another folding screen design with the flexible panel inside, like Samsung’s Galaxy Z Fold line. . Previous Mate X phones had a single panel that wrapped around the exterior when closed, like Royole’s Flexpai devices.

Otherwise, there aren’t many details on the Mate X2 just yet. It’s likely that it will have the same Kirin 9000 processor as the Mate 40 Pro, and of course, Huawei still likely won’t be able to include Google apps and services on board, limiting the device’s viability outside of China. unless something unexpectedly changes quickly with the approaching sanctions of the new Biden administration. Huawei’s hardware still deserves special attention, however, so stay tuned for more info and details on February 22.