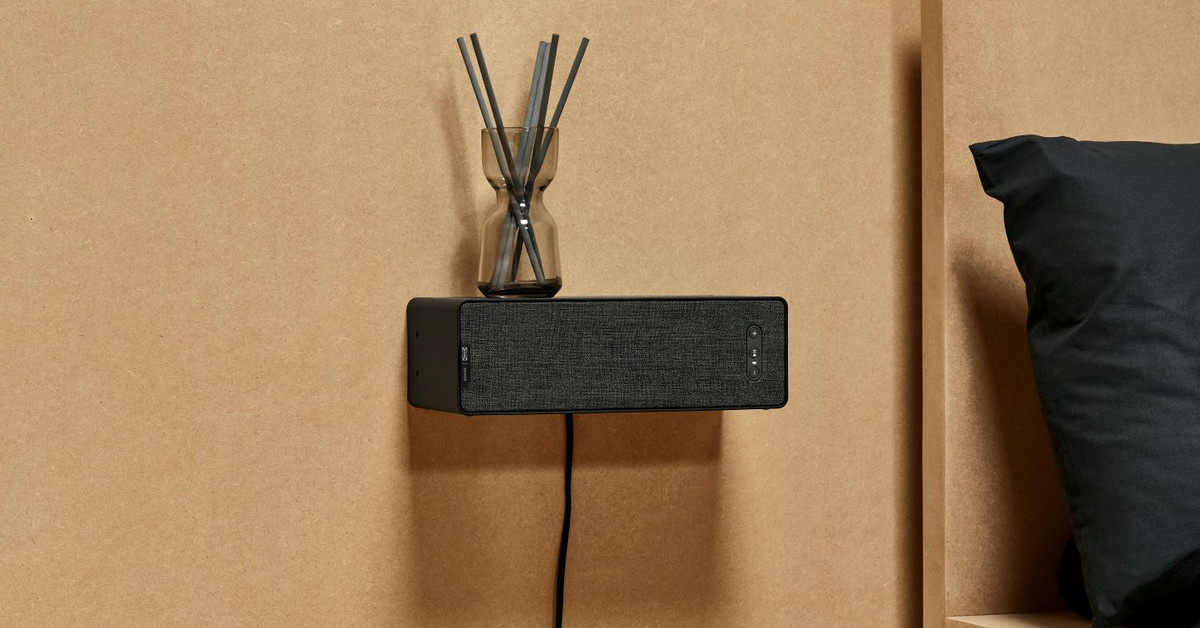 Ikea teases its new Symfonisk speakers equipped with Sonos for months, but a new message from the company after the celebration of its awards Red Dot Design presents the final version of the next speaker (which should be officially unveiled on April 9) ahead of schedule.

Symfonisk's final design is quite similar to the original prototype introduced by Ikea and Sonos last year: it will feature a stand-up stand-up speaker design offering the possibility to mount in the Ikea style, allowing it to nightstand. The final product also seems a little more polished than the prototypes, with a subtle Sonos / Ikea label at the top.

It is unclear whether this Symfonisk design is the only one that Ikea will sell, or whether it will feature other Sonos-powered speakers that have not won the Red Dot Award.

In addition, we still do not know how much will cost Symfonisk speakers. Ikea and Sonos have previously announced that the new speakers would be sold "at an affordable price", but that remains to be seen. For comparison, the cheapest Sonos speaker – the Play: 1 – is currently selling at 149 €. Presumably, we'll know more soon as Ikea plans to start selling Symfonisk in August.