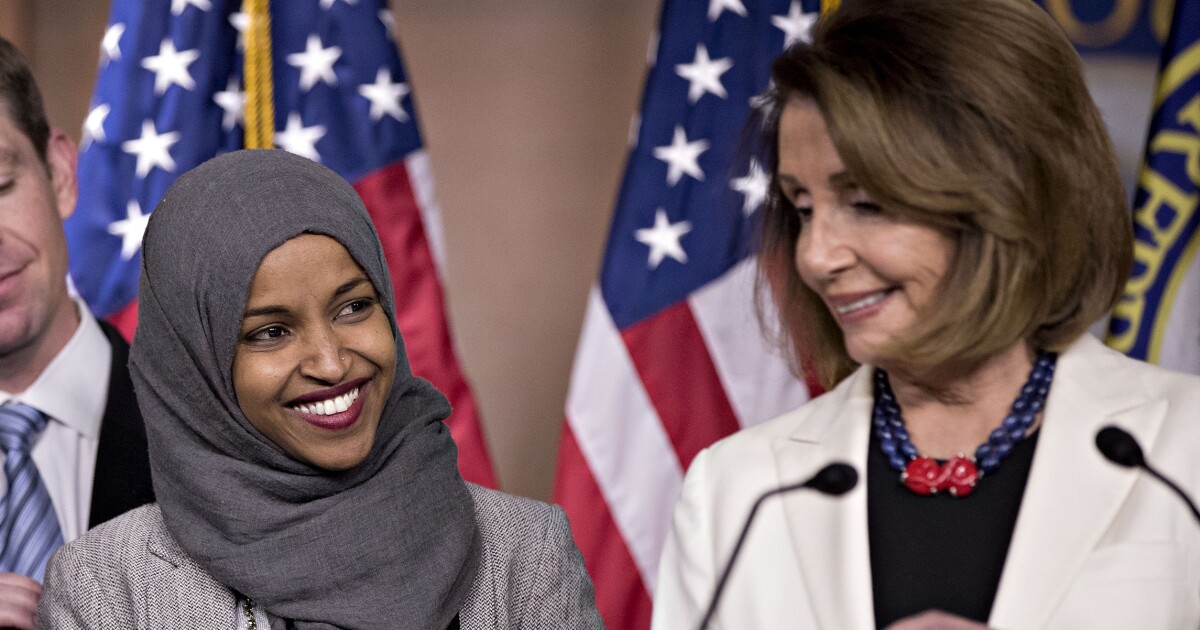 House Speaker Nancy Pelosi said Friday that she was trying to contact the representative, Ilhan Omar, to discuss her latest captivating tweet about the September 11 terrorist attacks that took place. provoked a new reaction from the Minnesota Democrat.

"I did not have the opportunity to talk to him," said Pelosi, D-Calif., On Omar's tweet, which is hotly criticized. "We tried to reach her, she was in transit."

Pelosi said she would like to talk to Omar about his tweet questioning the speech made at the time by President George W. Bush in New York to rescue workers, just days after the worst terrorist attack in New York. American history, in which he said: "And the people – and the people who knocked down these buildings will hear us all soon!"

Omar tweeted "Did Bush downplay the terrorist attack? And if he was a Muslim, "quotes Bush from scratch.

The tweet quickly drew the critics and arrived just a day after Omar had been the subject of a New York Post cover describing the fiery twin towers and the legislator's remarks before a rights group. Muslims claim that "some people did something" on September 11, 2001. This comment was widely viewed as downplaying the importance and horror of a tragedy of nearly 3,000 victims. Omar claimed that in the aftermath of September 11, Muslim civil liberties were affected.

Pelosi has not commented on Omar's recent comments and tweets, but plans to answer at some point, she said.

"As usual with my colleagues, I call them before calling them," said Pelosi. "I'm going to make a few comments after I talk to him."