In Photos: The Amazing Rocket Landing of SpaceX's Falcon Heavy Launch of Arabsat-6A 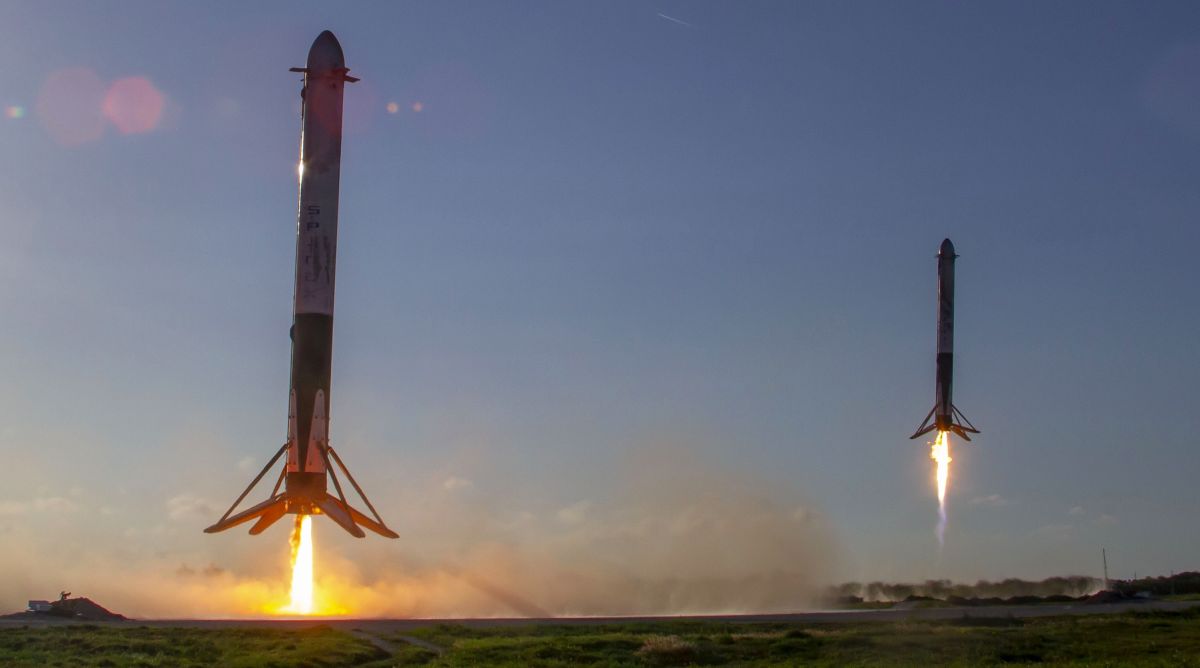 SpaceX's first Falcon Heavy rocket with a commercial payload on board blasted off from NASA's Kennedy Space Center at 6:35 pm EDT (2235 GMT) on April 11, 2019. The flight came over a year after the rocket's first demonstration mission, which launched founder and CEO Elon Musk's cherry-red Tesla and a dummy named Starman into orbit around the sun.

The Falcon Heavy is SpaceX's current megarocket, and is still one of the company's standard Falcon 9 rockets strapped together. The April 11 mission launched an advanced satellite communications called Arabsat-6A, which will provide communications services to customers living in the Middle East, Africa and parts of Europe.