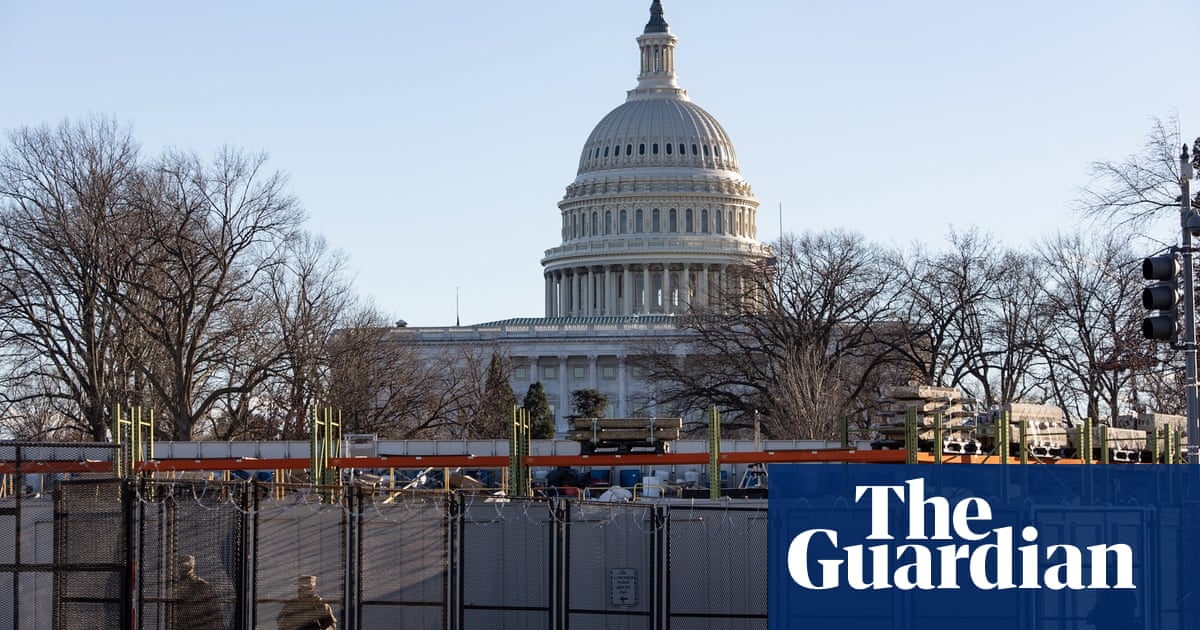 According to the constitution of the United States, the four-year term of a president “ends at noon on January 20”. The end of Donald Trump’s presidency on Wednesday will see Joe Biden take office at the lasting inauguration ceremony at the U.S. Capitol.

This year, however, some things will be different. While the United States continues to grapple with the coronavirus pandemic, which has killed more than 400,000 people across the country, there will be none of the sprawling crowds that have been seen during Barack Obama’s two inaugurations. And after the deadly riots on Capitol Hill earlier this month, much of the area will be locked down, with up to 25,000 members of the National Guard ready to deploy to Washington, eclipsing the number of US troops in Afghanistan and in Iraq combined.

Despite these challenges, a fair amount of pomp and ceremony – some of them virtual – are still planned. Some event times haven’t been officially announced, but here’s an idea of ​​what to expect.

Trump is scheduled to leave the White House just before 8 a.m., heading to Joint Base Andrews, the Maryland military base used by Air Force One.

The White House issued invitations for a ceremony at the base, with attendees invited to arrive at 7.15 a.m. with the event scheduled to begin 45 minutes later. Few details have been released on the event, but Trump is said to be passionate about a lavish affair, complete with a 21-gun salute, a color guard, a military band and a host of supporters, CNN reported.

In a sign that Trump’s aides may be struggling to muster a large crowd, however, the guests was said they can bring up to five other people, and among the guests was even Anthony Scaramucci, the former White House communications director who has gone on to become a vocal critic of Trump. Another blow to Trump’s intentions of a conspicuous farewell came when the Pentagon reportedly said it would not hold a farewell tribute to the military for the outgoing president.

After the ceremony, Trump will fly to the grounds of Mar-a-Lago which should become his home. Trump broke with tradition by refusing to attend Biden’s inauguration. The last outgoing president to do so was Andrew Johnson in 1868. Mike Pence, Trump’s vice president, will be in attendance.

Start of the inauguration program

Biden’s inauguration program begins sometime after 11 a.m., with Father Leo J O’Donovan, an American Jesuit Catholic priest who is a longtime friend of the Biden family, ready to give an invocation. Andrea Hall, a Georgian firefighter with the South Fulton Fire and Rescue Service, will then lead the pledge of allegiance. Hall is the first African-American woman in the history of the department to be promoted to the rank of fire captain.

Lady Gaga, who campaigned for Biden, will perform the national anthem and Amanda Gorman, the very first Young National Poet Laureate in the United States, will read a poem.

Reverend Dr Silvester Beaman, a friend of Biden and the late son of President-elect Beau, will lead a blessing. Beaman is the pastor of Bethel African Methodist Episcopal Church in Wilmington, Delaware.

Jennifer Lopez will also give a musical performance.

Biden and Harris are sworn in

Shortly before noon, Kamala Harris will be sworn in by Judge Sonia Sotomayor and will become the country’s first woman, first black, and first South Asian American vice-president. The vice president-elect will use two Bibles, one of which belonged to Thurgood Marshall, the first black person to serve on the Supreme Court.

At noon, Biden will be sworn in by John Roberts, the Chief Justice of the Supreme Court. The president-elect plans to use his family’s very large bible from 1893.

After officially taking office, Biden will deliver his inaugural address. Biden has reportedly been working on the speech since November, and according to his inaugural committee, Biden will set out “his vision to defeat the pandemic, build better, unify and heal the nation.”

The theme of the inauguration is “America United” and Biden’s speech is likely to offer a different tone from that of his predecessor. Donald Trump gave a 16-minute, largely inflammatory speech during his inauguration in 2017.

Biden will participate in the traditional “Pass in review” after 2pm. He and Harris – and their spouses – will take a short walk to the Capitol’s eastern front, where they’ll watch a procession from each branch of the military. The laissez-passer in review signals the peaceful transfer of power to the new commander-in-chief.

The next event will take Biden about three miles southwest of the White House, at Arlington National Cemetery, where about 400,000 veterans are buried. Biden will lay a wreath at the Tomb of the Unknown Soldier. Former Presidents Barack Obama, George W. Bush and Bill Clinton will join Biden at the cemetery, as will former First Ladies Michelle Obama, Laura Bush and Hillary Clinton.

Biden goes to the White House

Biden will then receive a presidential escort to the White House. Each branch of the military will be represented, according to the inaugural committee, including musical elements. Traditionally, newly sworn in presidents take part in an inaugural parade from the Capitol to the White House, walking most of the way and occasionally marching to greet supporters. There will be no such parade this year, but a virtual parade will take its place.

At approximately 3:15 pm, a “Virtual Parade Across America” will be broadcast live on YouTube, Facebook and Twitter. Biden’s inaugural committee said the virtual parade will feature “diverse and vibrant performances in communities across 56 states and territories.” Jon Stewart and Olympian Allyson Felix are among the participants.

The opening night usually features at least one ball – Obama and Michelle Obama sort of attended 10 – but there won’t be a lavish celebration on Wednesday night. There will, however, be a 90-minute prime-time show, which is expected to air on most channels, to mark Biden’s presidency.

Tom Hanks will host the show, titled Celebrating America, which will feature remarks by Biden and Harris and, according to the inaugural committee, “performances that represent the rich diversity and many talents that America has to offer.”