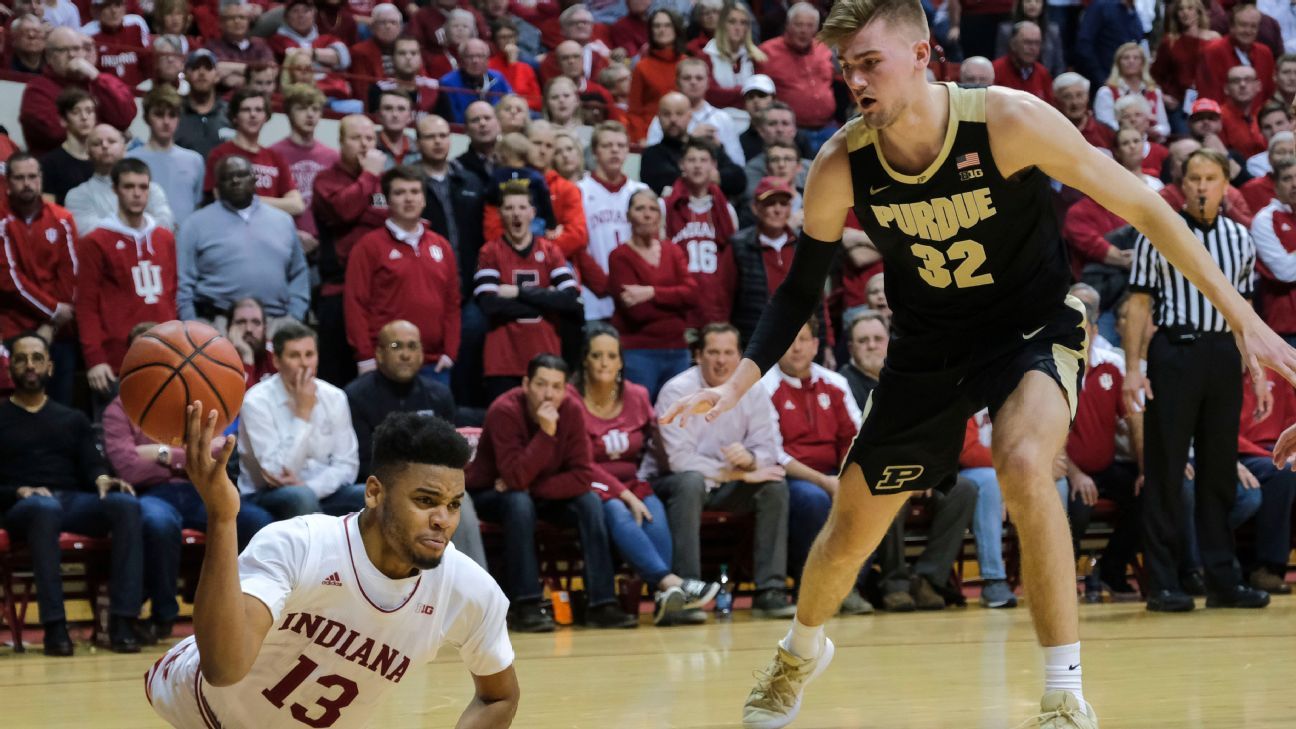 Purdue's center, Matt Haarms, is described as the No. 1 public enemy after being the subject of scandalous scandals and profane chants of his rival's mob, Indiana, on Tuesday night. .

Haarms had the last word when his decisive goal with 3.2 seconds left the Boilermakers N ° 15 to win a 48-46 victory.

A day later, however, the conduct of the IU student body was still a topic of discussion. Hoosiers Sports Director Fred Glass apologized to his Purdue counterpart Mike Bobinski and sent an e-mail to season ticket holders to warn them of their behavior.

"The profane chants directed against a specific Purdue player were not part of your positive contributions," Glass wrote, according to the Indianapolis Star newspaper. "They were embarrassing and unacceptable and have a bad image of you and the Indiana University." Stop the profane chants and help those around you to do the same.You and the University of Indiana, you're better than that. "

Haarms became the crowd's strike bag when he landed on the ground after locking his arms with De Ron Davis at the end of the first half. After the referees evaluated each player with a foul, the 7-foot-3 Dutchman was derided at every game in which he was involved.

So when Haarms fired his third foul with 13:36 to go in the game and took up a technique while he and Davis continued to fight for the lost ball, the crowd again broke into taunts and scandals.

Alan Henderson, former star of Hoosiers, was among those who criticized the behavior of the fans:

What's going on in the meeting room? Win or lose, we should not hear the curse songs of the opponents and read about it in @indystar This is not what @IndianaMBB is about. Someone has to close that! On the sound system at each start. It's disrespectful to all the players, old and now

We beat @templeuniv to go to Sweet 16 in 1994. Coach Cheney took our bus afterwards and congratulated us. Said that we are not his enemy, just his opponent. Never forget that. @IndianaMBB Fans must keep this in mind when they throw a @BoilerBall kid just trying to hoop. #balldontlie

Come to some answers … as I tell my kids. Even if someone else tells you / says something. You are responsible for your own reactions / actions. What they do / say is on them. So, do not give me this argument "but they also swore". #iubb

All this removes the fact that the team played loud last night. Some late errors that are only part of the game. But it was not a lack of effort. Caught short against a strong team. But they competed. Just continue! @IndianaMBB