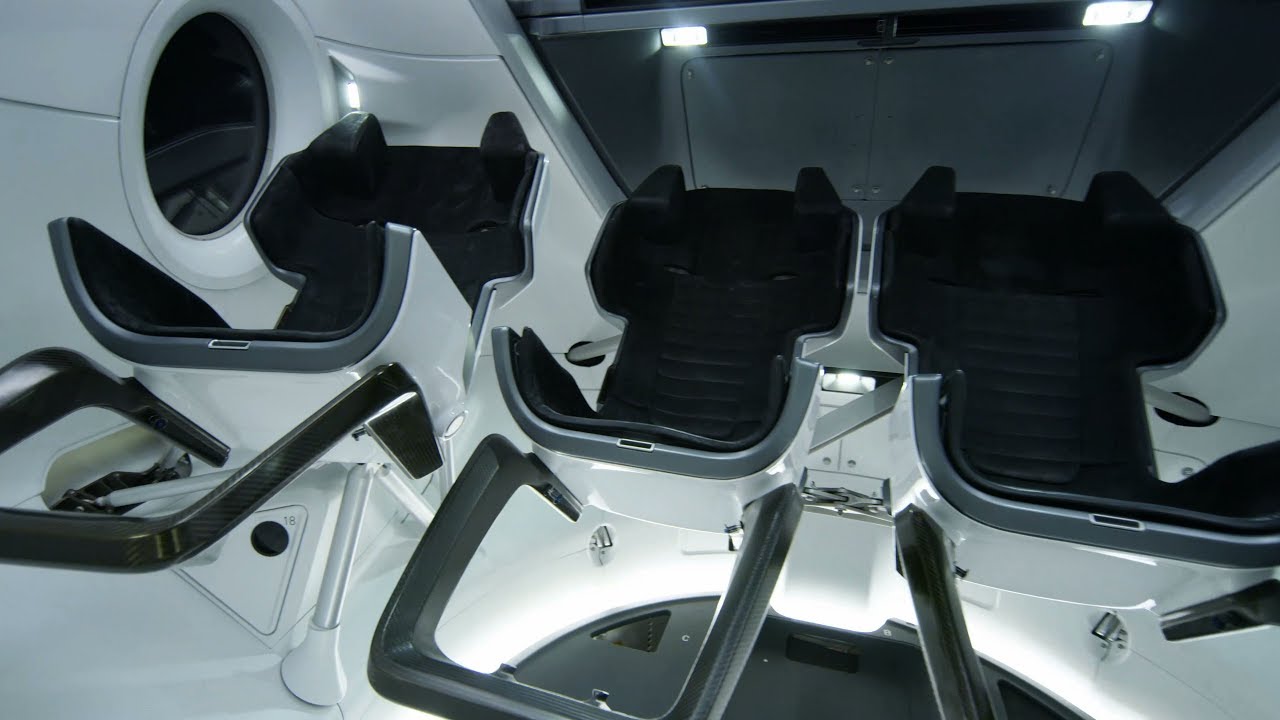 Take a guided tour inside the SpaceX Crew Dragon, whose launch is scheduled for the first (unarmed) demonstration flight on March 2, 2019. Crew Dragon is designed to carry up to four astronauts for NASA missions, as well as cargo and critical supplies, the International Space Station as part of NASA's commercial crew program.

The Crew Dragon is equipped with solar panels fixed on the side of the trunk of the spacecraft, an exhaust system allowing the crew members to avoid an anomaly at any point of the flight, a large hatch and large windows and a redesigned exterior molding line to enhance crew comfort. The first unprepared flight is a milestone in the return of human launches on rockets and US satellites to the space station since US soil since 2011.