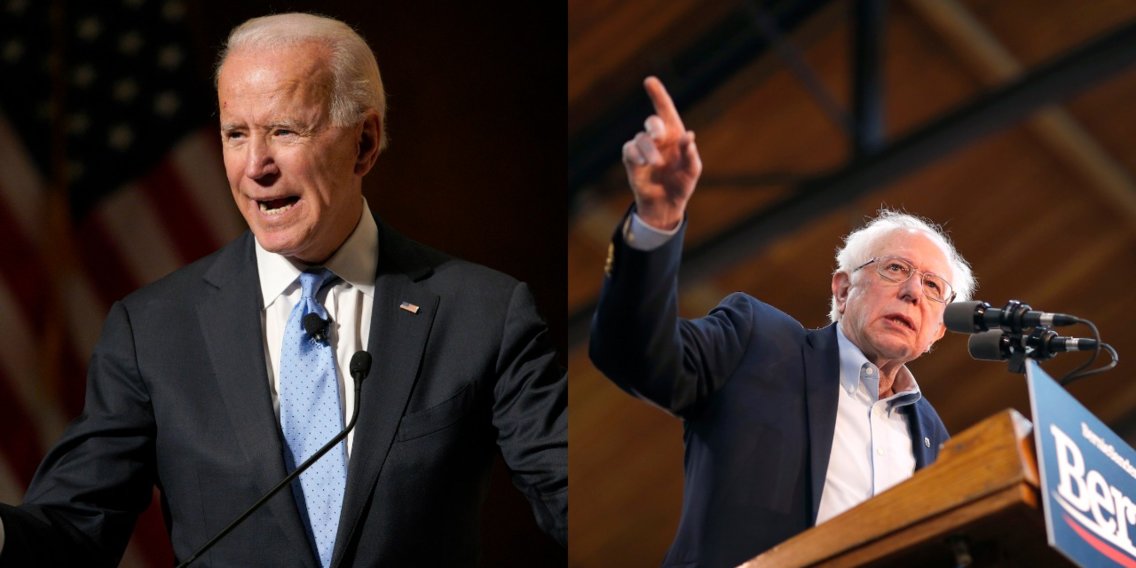 Former Vice President Joe Biden and Senator Bernie Sanders of Vermont are by far the Democrats of Choice to run against President Donald Trump in 2020, according to a new poll of true Democratic caucuses from Iowa released Saturday night.

The CNN / Des Moines Register / Mediacom survey surveyed 401 likely Democratic caucus members between March 3 and 6, with 27% of them favoring Biden and 25% supporting Sanders.

The two Democrats were the only ones to get more than 10% support, out of a group of 20 potential candidates. Senator Elizabeth Warren of Massachusetts was the second most favored candidate, with 9% of respondents saying she was their first choice and 7% saying the same for Senator Kamala Harris of California.

The former Texas representative, Beto O. Rourke, received support of 5%, while Senators Amy Klobuchar and Cory Booker, of Minnesota and New Jersey, were the top picks for 3% of respondents. The survey has a margin of error of plus or minus 4.9 percentage points.

The figures are similar to those published for the same survey conducted in December 2018, which also indicated that Biden and Sanders were the top two favorites.

At the time, 32% of respondents said that Biden was the first choice as president and 19%, Sanders. O 'Rourke was the only other Democrat to surpass double digits at the time, with 11% of them saying that he was their first choice.

Although Biden lost several percentage points from the December poll, the numbers should still encourage him, according to J. Ann Selzer, president of Selzer & Co., based in Des Moines, who led the poll.

"If I'm Joe Biden sitting on the fence and I see this poll, it might make me want to participate," Selzer told the Des Moines Register. "I do not find much in this poll that would give Joe Biden a red flag."