"It went off like a bomb": Emma Thompson's letter could change the face of #MeToo 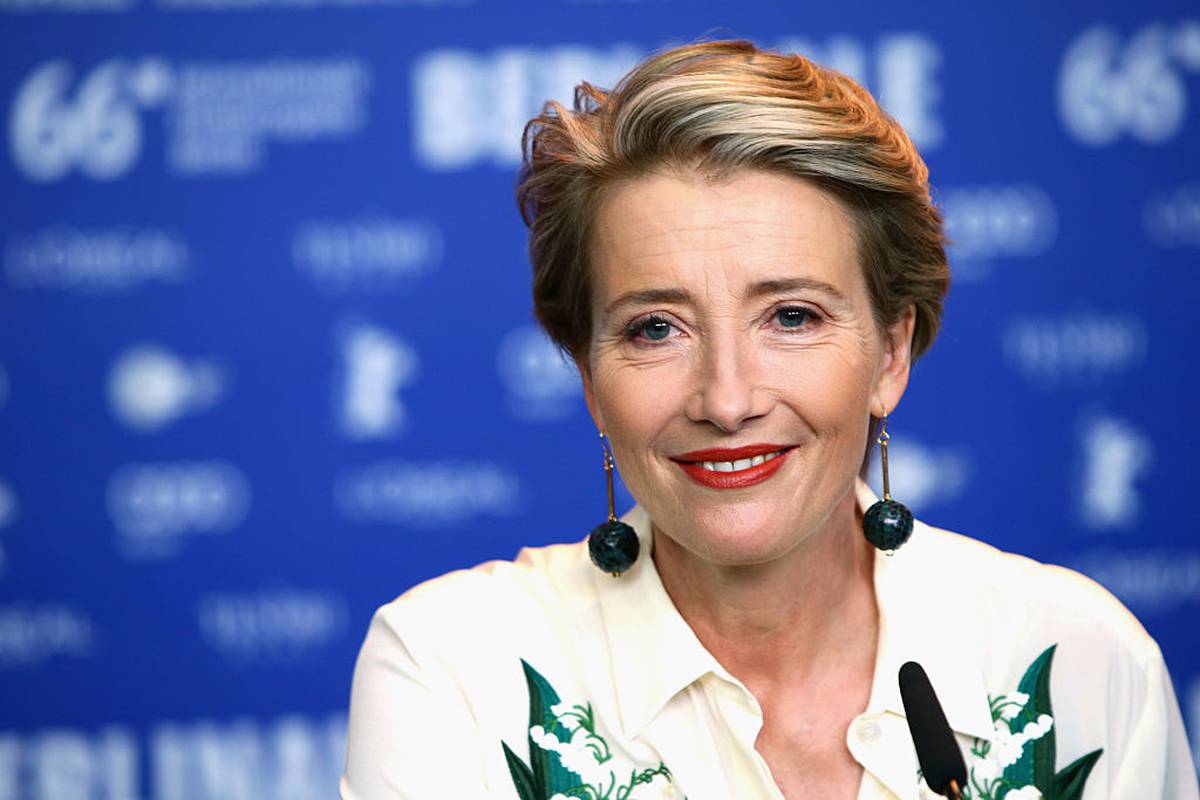 Last summer, the former Disney-Pixar leader, John Lasseter, found himself in a significantly reduced role within the company, he requested a meeting at the WME agency.

Lasseter, who was accused of sexual misconduct, was not a client. He simply wanted to speak to people skilled at rehabilitating some of Hollywood's biggest stars while he was contemplating his return, according to two people present at the meeting who requested anonymity because they were not there. not allowed to talk about it publicly.

This ambition is at the origin of one of the biggest controversies in Hollywood since the early chapters of the #MeToo era. Just a week after Disney broke ties with him last month, Lasseter landed a feature job with Hollywood financier-producer Skydance Media, sparking industry criticism.

On Tuesday, controversy resumed with the letter from actress Emma Thompson, who sharply criticized Lasseter and the company that had hired her. Thompson abandoned a film called Luck shortly after hiring Lasseter. The letter to Skydance General Manager David Ellison clearly explained why she was leaving the project.

"It's very strange to me that you and your company are considering hiring someone who exhibits Mr. Lasseter's usual behavior, given the current climate," writes Thompson in the letter published in the Los Angeles Times. "If a man has been touching women inappropriately for decades, why would a woman want to work for him if the only reason he does not touch them improperly now is that his contract stipulates that he must to behave in a "professional" way? "

"If a man has made the women of his company feel underrated and neglected for decades, why should the women in his new business think that the respect he's showing them is something other than what he's doing?" an act that his trainer must perform, his therapist and his employment contract? "

Neither a representative of Skydance nor Lasseter would comment on this story. The Thompson publicist told The Washington Post that the star did not have any other comments.

At the heart of Lasseter's appointment is the question of what happens when the alleged perpetrators of #MeToo attempt to return to the market where they were apparently exiled.

And at the heart of Thompson's comments, what happens is that a woman who has the power to stop this return decides to handle it.

As the #MeToo movement gained momentum in the fall of 2017, many colleagues accused Lasseter of making undesirable physical contact with them over the years. Lasseter acknowledged receipt of unspecified "missteps".

At the time, a number of #MeToo Hollywood violators were quickly removed from office. But Lasseter, Pixar's long-time leader and later of Disney's animation studio, was responsible for billions of dollars in revenue for a major media company. even recent hits like Incredibles 2 have been widely developed on his watch.

In a meticulous movement, Disney granted him six months' leave. In June, at the end of this period, the company announced that it would act as a consultant until the end of the year, when it would leave the company. At the time, Lasseter said, "The last six months have been an opportunity to reflect on my life, career, and personal priorities while remaining committed to the art of living. Animation and inspired by the creative talent of Pixar and Disney, I decided the end of this year is the right time to start focusing on new creative challenges. "

But Lasseter was anxious to return to the animation sector and, even during his consultations, he met regularly with directors and animators, according to two people close to these discussions who spoke on condition of anonymity because of the sensitivity of the subject.

Skydance, for its part, wanted to have an impact. The company is doing well with some very big budget movies such as Star Trek and Mission: Impossible franchises, but it was new to the world of clubby animation and founded the division that's in 2017.

Ellison hired an executive he would not normally have had business on his own, making a calculated bet: his employees might not see Lasseter's important baggage.

"Let's be clear: we did not make that decision lightly," Ellison writes in a staff note. "Although we would never downplay subjective opinions about anyone's behavior, we are confident after many background conversations with John and, as the investigation has confirmed, that his mistakes have been acknowledged. are certain that John has learned valuable lessons and is ready to prove his abilities as a leader and colleague. "

And he added: "And he assured that he would behave quite professionally, as all Skydance colleagues and partners expect."

But winning the manpower turned out that it was not the only riding Ellison had to worry about. More than other industries, Hollywood does not only prosper in terms of relationships but also on optics. And it is there that the movement is crushed.

The announcement immediately provoked a backlash from an important player. Mireille Soria, head of Paramount's entertainment division, was "furious," according to The Hollywood Reporter.

Soria's words have weight: Skydance has established a business partnership with Paramount, and Soria has given notes on Luck. The executive, Jeffrey Katzenberg, a longtime animation pioneer, told employees that she would no longer do it and that they were under no obligation to do so.

Some in Hollywood were quietly wondering how talent could now be attracted to Skydance if a respected leader with whom he had a business relationship was already expressing his public discomfort. Soria did not immediately respond to a request for comment on this story.

It was the first shot. The second shot landed on Tuesday.

Activists greeted Thompson's news with a note of celebration. "As soon as I read it, I thought it would change the game," said Melissa Silverstein, director of the influential feminist entertainment organization Women and Hollywood.

"It's someone who says things that everyone is afraid to stay," she said. "She fell like a bomb, and this bomb exploded around the world."

The shrapnel had not yet reached the makers of Luck or other Skydance projects, and none of them made public its abandonment due to the Arrival of Lasseter. But thanks to Thompson's voice response, it could soon happen.

A long-time head of the animation industry, The Post, said on Wednesday, on condition of anonymity because of the subject's sensitivity, that if actors such as Thompson, who would likely have little interaction with Lasseter, would not want to work at Skydance, How lucky was society to attract executives and filmmakers who would meet him regularly? The person stated that she did not see how Skydance could continue to use Lasseter.

The scandal also raised a larger issue. When will other accused defendants attempt to return – and what will happen when others respond in response? Louis C.K recently sought to return to the stand-up circuit, with a set that has been heavily criticized in many media quarters. Others are sure to follow.

Silverstein said that, if someone was trying to get a return, she was convinced that they had to do a lot more than Lasseter. "You have to acknowledge what you did, you have to show contrition, you have to perform the restitution, and that's just the base," she said.

But she also said that she thought the discussion could be about the wrong topic.

"It should not be a question of whether John Lasseter would have a second chance, but rather to see all the people whose career he derailed," she said. "It concerns all the people who went to work every day and who had to walk in the opposite direction when they had seen it happen because it had created a dangerous workspace."