"It's not a day at the beach": Pelosi asks Dems moderate to stop voting with GOP 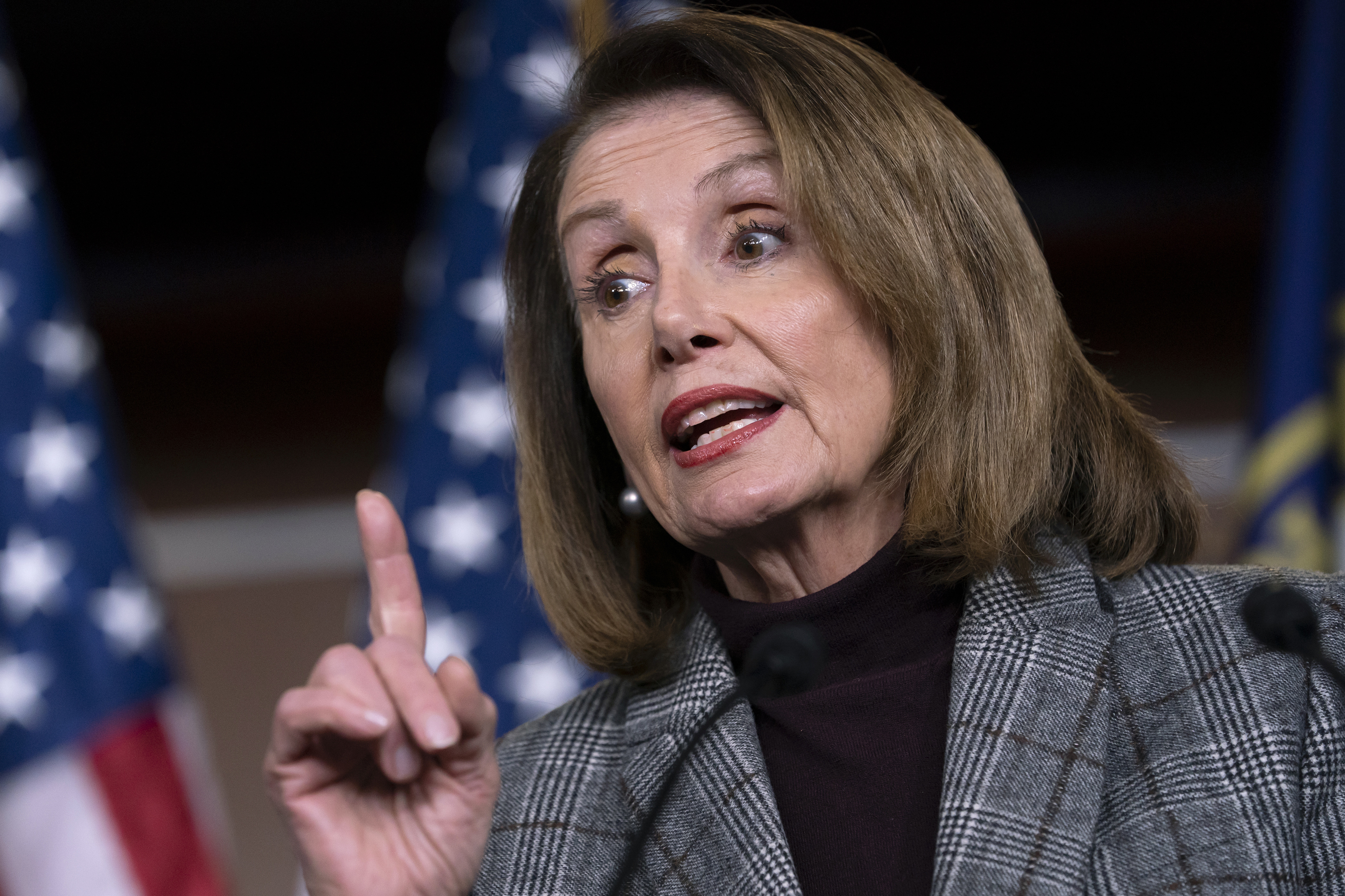 Democrats in the House held an emotional debate behind closed doors on Thursday on how to no longer lose their embarrassing procedural battles against Republicans, a conflict that has highlighted the divide between moderates and progressives.

President Nancy Pelosi (D-Calif.) Was shown hard at the caucus meeting, saying that being a member of Congress sometimes required voting the hard way.

"It's not a day at the beach. It's the US Congress, "Pelosi said, according to two sources.

Pelosi also warned that Democrats who voted with Republicans on the "re-engagement motion" may lose support for the Democratic Congressional Campaign Committee, although its threat may be more striking than reality, lawmakers and aides say. Democrats.

And representative Alexandria Ocasio-Cortez, the New York Democratic superstar, suggested that she would alert progressive activists when Democrats vote with the GOP on these motions, the sources said.

In the end, Pelosi and other well-known Democrats have not accepted any rule changes and will continue to study the issue. The re-engagement motion gives the minority a last chance to amend a bill before the final vote. As a general rule, the motion is used to try to press the majority party, but it rarely does.

A daily reading of Congress news in your inbox.

Democratic leaders promised to do a better job preparing Republican motions, but controversy has divided Pelosi and his longtime lieutenants, House Majority Leader Steny Hoyer (D-Md.) And the Whip by a majority Jim Clyburn (DS.C.).

Pelosi argues that Democrats must remain united in procedural votes, which is the traditional view of party leaders on both sides of the aisle. Hoyer and Clyburn, however, have suggested that moderate members can vote with Republicans if they think it will improve their political position.

Republicans have already won two motions to renew the congressional pledge, including Wednesday's vote that angered Ocasio-Cortez and other progressives. In contrast, Republicans stuck together and never lost a single one of those queries when they controlled the House from 2011 to 2019.

The latest defeat took place Wednesday, as the House had debated a bill requiring background checks on all firearm sales – a position much favored by Democrats. When Republicans proposed to amend the bill to require that immigration and customs enforcement be informed of any undocumented immigrant who would attempt to buy a firearm , 26 Democrats voted with the GOP. The wording was added to the firearms bill, spoiling a significant piece of democratic legislation.

A previous GOP motion condemning antisemitism was linked to a House resolution banning US involvement in the Yemeni civil war. This maneuver, which was supported by all Democrats, then posed parliamentary problems in the Senate and thwarted democratic attempts to challenge President Donald Trump's foreign policy.

At the closed meeting on Thursday, Pelosi said Democrats voting for Republican motions are putting pressure on other vulnerable colleagues who would prefer to stay with the party.

"We are a team or not, and we have to make that decision," she said.

Pelosi later told reporters that she thought the Democrats should simply vote against the GOP motions, thus giving the Republicans a "weight." But Pelosi also did not approve of the idea of ​​changing the rules of the House and denying the procedural vote, some lawmakers arguing.

"I strongly believe in respect for the whole House and the right of the minority to express it," Pelosi said at his weekly press conference. "I think we should just vote against all motions to re-engage. It is a procedural vote, it is a "trap" on the part of the opposition ".

But other members got up at the meeting and challenged this view, without specifically calling Pelosi.

The first newcomer, Xochitl Torres Small (DN.M.), who voted Wednesday for the GOP motion, was clearly moved to speak of courage, pointing out that courage has a different appearance among people, according to two sources in the same piece.

At the meeting, Ocasio-Cortez said she had a "text string with 200 activists in her district" with which she is in constant contact with the problems facing the Democrats.

Ocasio-Cortez said she was even considering voting against the bill on background checks because of the Republican language on ICE, perhaps the most hated federal agency on the left.

Ocasio-Cortez went to the rostrum after the vote to tell the activists that she "had to choose between immigrants and gun violence." Not because of Republicans, but because of the Democrats, "said a source in the room.

"I think it's an extension of Trump's tactics in the House and we can not legitimize it, we can not afford it and we can not support it," Ocasio-Cortez said. to reporters after the meeting.

Representative Juan Vargas (D-Calif.) Wants to get rid of the motion completely, telling a reporter, "I think this motion to re-engage is the stupidest thing I've ever seen."

"I've had my mole for 57 years, she's right there on my arm," Vargas said, pointing to his elbow. And it's useless either. It stays there one day maybe become cancerous. … It's the same with the MTR. There is no good reason for this. "

Rules Committee Chair Jim McGovern (D-Mass.) Said party leaders would continue to look into the issue in the coming weeks.

A senior Democratic official, close to the moderate caucus wing, said he was totally hypocritical on the part of progressives to complain about the tough vote they had to take on Wednesday.

"The moderates are in difficult positions all the time and they are not balking at that," said the assistant. "They must vote their districts or they will be defeated, simply. The rest of the caucus should [understand] this."