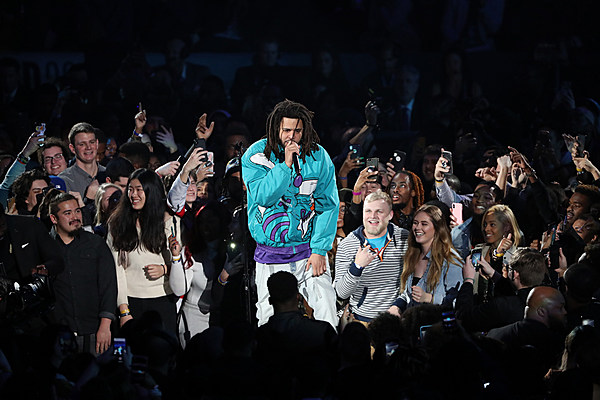 J. Cole delivered a slam dunk with his fantastic performance at halftime at NBA 2019 All-Star Game Charlotte, North Carolina, Sunday evening (February 17). For his plateau, the 34-year-old played a mix of hits from his career.

Cole started with a performance of "Middle child, "a new song he published in January." A few minutes later, he plays his verse on "A Lot" by 21 Savage, who serves a shout at 21 while he does it. KOD follow "ATM", Cole has taken things a little bit by doing his 2014 Forest Hills Drive the album cut "Love Yourz" and "No Role Modelz". It was really a moment.

Before J. Cole's performance at half-time, Meek Mill played during the presentation of the teams of stars. For his part, the Philly rapper has performed songs such as "Dreams and Nightmares (Intro)", "Going Bad" and more.

Late last week, Meek told fans in a Twitter Q & A that the long-awaited collaboration between Cole and him was coming "very soon", so hopefully they will be able to cut him and find a game plan to finish this piece!

Check out some of the performances of the J. Cole NBA 2019 All-Star Game by yourself.

See photos of J. Cole's different looks over the years