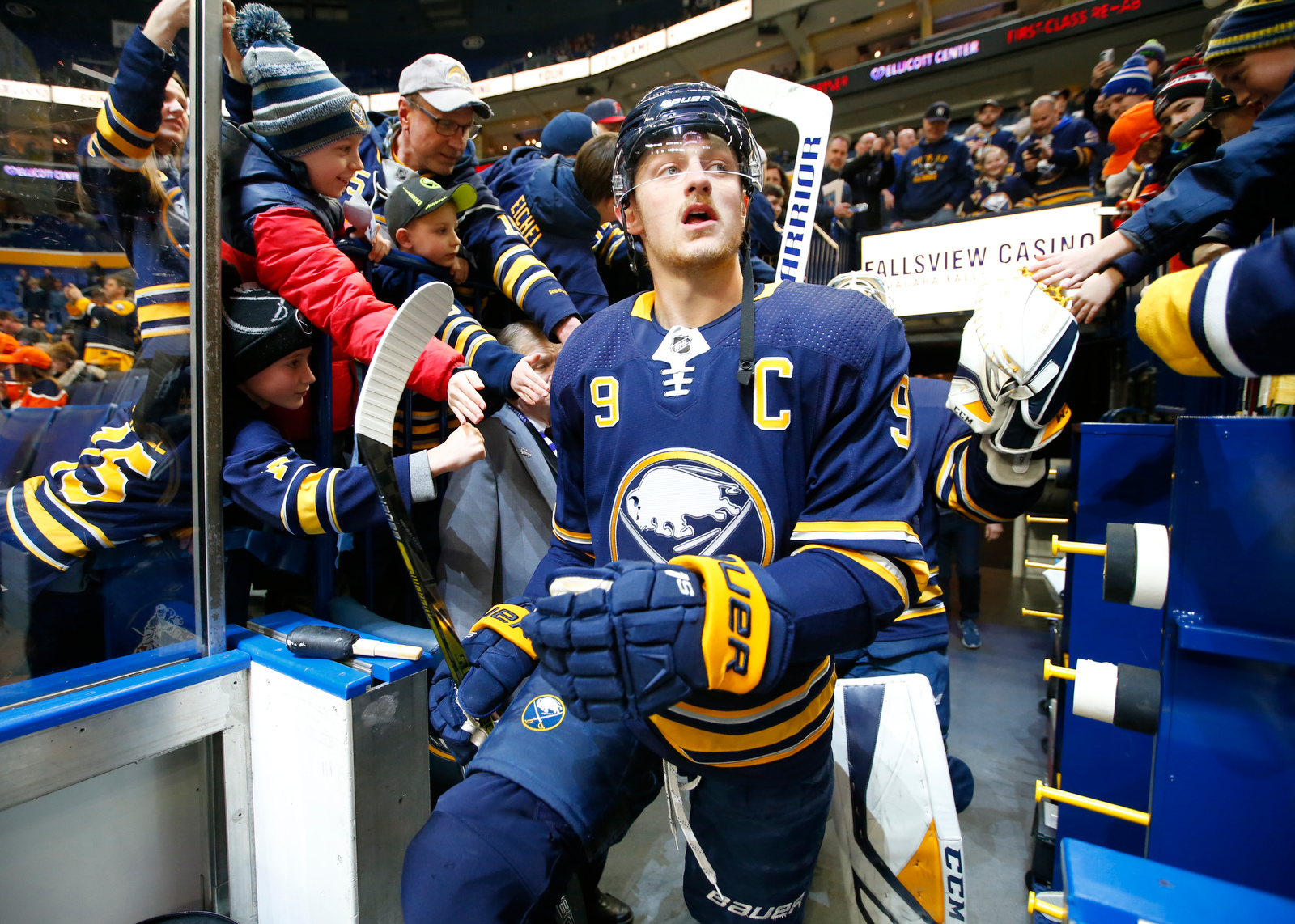 DENVER – It seems the Buffalo Sabers will have to prepare to not have captain Jack Eichel in training for the next game or both.

Eichel is facing a phone interview today with the NHL's security department for his move against Colorado President Carl Soderberg in Saturday's game at the Pepsi Center, the league announced. This is the first hearing of Eichel's career and, according to other incidents in the league, the likely scenario is where Eichel will be suspended for one or two games.

With Eichel's probable suspension, the Sabers recalled Alexander Nylander of Rochester on Sunday.

Eichel was seen inflicting an "Illegal Head Control" penalty at 2:48 of the second period after appearing to take the lead of Soderberg while the two men were engaged in a neutral zone play puck. Soderberg lowered briefly on the stomach but got up and walked to the bench. He played the rest of the game and apparently was not injured.

Eichel was clearly agitated as a result of a hard and late blow that he had taken to former Sabers defender, Nikita Zadorov, in the first period. Zadorov was given a minor penalty for violating the game after a whistle for an offside. He does not face any additional discipline.

After the match, Eichel admitted that he was taking matters into his own hands and was reacting to repeated physical games against the Sabers in recent weeks.

"It looks like they've sometimes run a bit," Eichel said about the Avalanche. "If I want to be in the vanguard, I might as well pull back a bit, I have to protect myself."

The next two Sabers games will be held at home, Tuesday against Dallas and Thursday against Pittsburgh, and Eichel may miss one or the other. Eichel has 25 goals, 47 assists and 72 points in 65 games. He missed three games earlier this season after suffering an upper-body injury.

If Eichel gets a two-game suspension, that would be tantamount to Connor McDavid of Edmonton, who won last month for similar control over defenseman Nick Leddy of New York Island. Like Eichel, it was McDavid's first hearing with Player Safety.