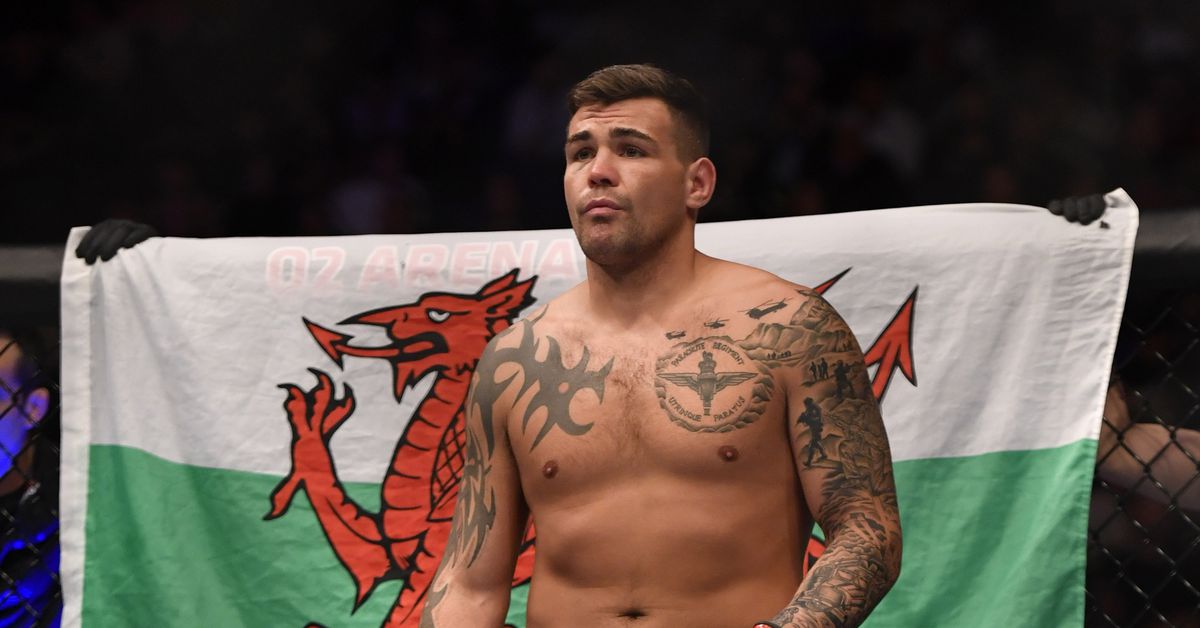 In a sense, Jack Marshman and the British Army are on the same page.

Marshman raised a lot of eyebrows in the run-up to his last fight at UFC London, when he revealed that he was competing without the approval of his military employers. On the bright side, he then won a split decision over his Welsh compatriot, John Phillips, of middleweight, to put an end to two fights; on the negative side, he received a serious slap on the wrist from his superiors.

Appearing on MMA time On Monday, Marshman said that he had received a "formal warning" from the army for not following their instructions and that another warning this year could result in his release. Even though he would certainly not want to end his term in the military, the 29-year-old is eager to leave this job to devote himself to MMA.

"I'm leaving anyway, I gave the notice of my year because November 4 will be my point over 12 years, so I'm signing now," said Marshman.

As to how Marshman ended up having problems, he attributes the situation to a communication failure.

"My commanding officer knew I was fighting and he finally agreed," said Marshman. "But it came over him that I was not allowed to fight and the day I was going to fight, on Tuesday, I received an SMS from my management officer Regimental Careers (RCMO) telling me that I was not going to fight … I just went with it anyway.

Now, Marshman has given his opinion, but not because of the UFC incident in London. Marshman has been with the British Army for more than ten years (he is currently a parachutist with the 3rd Parachute Regiment Battalion) and is looking to collect his half board before continuing.

In a year, he expects to be able to devote all his time to MMA.

"I want to keep fighting," said Marshman about why he had left the army. "I've been doing it for about 12 years.

"I am fighting at a very high level, I went to the UFC, I have just been offered a new contract, and I am really far, but by the minute, my job is a soldier. I am a professional soldier and I do not train in the same way as everyone else. "

Marshman explained that his military responsibilities could prevent him from training for seven or eight months at a time if he were assigned to a period of service. Making things more difficult, is that if the UK has programs that allow soldiers to officially represent their respective military organizations in various sports, the MMA is not actually part of it.

For Marshman, it is a frustrating reminder of the backwardness that some decision makers have taken in the era.

"We are stuck in the past," said Marshman. "MMA is not a recognized sport in the military. If I was just boxing, if I boxed as a professional boxer, I would be under contract of this professional athlete. But the MMA is not recognized because they do not have the same governing bodies. It is very difficult. …

"The British army has a fishing team, no matter what sport they think of, they support it, but they do not have an MMA team, which is ridiculous. It's the fastest growing sport. "

Marshman's attempts to convince military officials to support the MMA have led them to suggest a "crazy set of rules" that does not favor what he is trying to accomplish.

Until now, Marshman has done quite well enough to perform his parachutist and athlete duties (23-8 in 31 professional fights). After taking part in some amateur fights before joining the army, he continued his career at MMA while training with the army boxing team. He was busy with the flourishing of the British scene. By July 2016, Marshman had won the Cage Warriors middleweight title and, four months later, he was making his UFC debut with a win over TKO against Magnus Cedenblad.

And although he has put all the papers in his papers to finish his days of flying, he is grateful to the military for having his back behind him.

"They love it," said Marshman about the welcome he received from his military colleagues. "They've been supporting me for years, like all the guys I've worked with. They engage in all my fights across the country and they love it, I have received massive support from the army. "