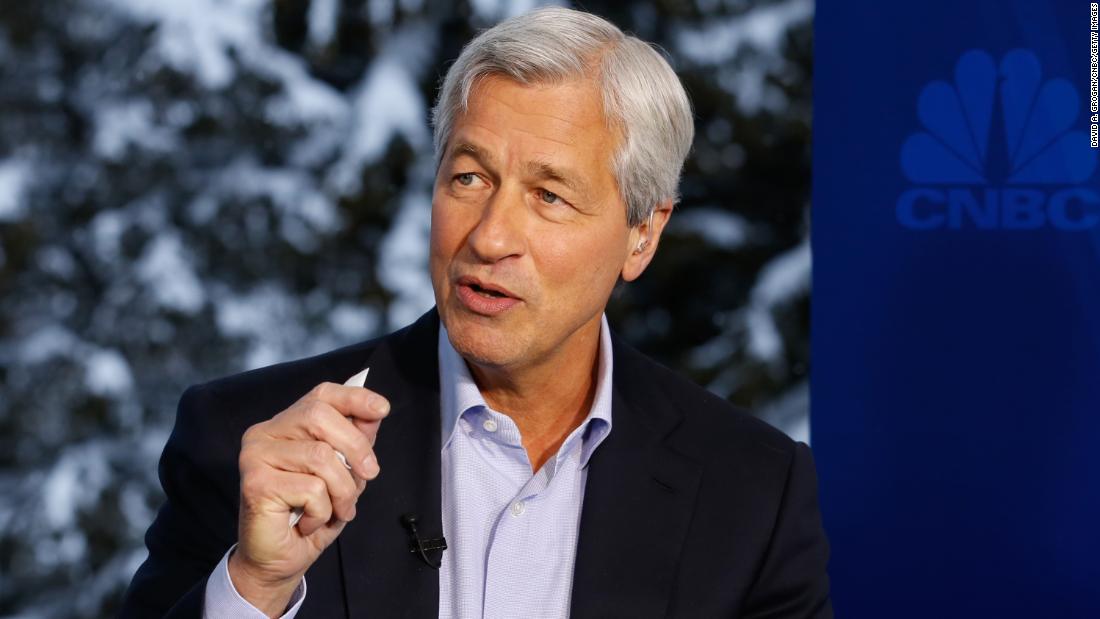 "As a trading strategy, it might have worked," Dimon told Poppy Harlow of CNN.

The comments are in stark contrast to at least one Trump advisor. The former White House economist, Gary Cohn, formerly second in command of Goldman Sachs, categorically said last week that "tariffs do not work". On the contrary, Cohn told the Freakonomics podcast, the rates "hurt the economy."

Dimon said that he agreed with Cohn that tariffs "do not work technically" because they lead to negative side effects, including increased costs for consumers and businesses.

"But if the president was here, he'd say, 'They worked, I put them to the table and no one else did,'" Dimon told CNN.

Trump has launched tens of billions of dollars of tariffs on Chinese products in an effort to increase pressure on Beijing. China has responded with tariffs on US products such as soybeans, leaving American farmers trapped.

Dimon said the tariffs increased the chances of a "total trade war" between the world's two largest economies.

Washington and Beijing are now trying to conclude a historic trade deal, sparking the hope of commercial peace on Wall Street.

But progress seems to have been delayed as negotiators have been stuck with struggles over how to enforce an agreement.

Dimon does not seem worried about a possible collapse of trade negotiations.

"In the long run, America will be fine," said the JP Morgan (JPM) CEO said.

No "free ride" for China

While the Chinese economy is under heavy pressure from the commercial battle, Dimon is optimistic about the United States.

"Some companies have done too much about subprime," said Dimon, referring to the practice of offering loans to people with lower credit histories. "We are doing very little of this not to affect JPMorgan, I do not think it will destroy a big company or anything."

Do not panic about the record debt of America

So, what's stopping Dimon from sleeping?

He pointed to the possibility of a debt ceiling crisis, as well as high levels of debt from governments around the world.

But Dimon said he was not afraid of the $ 22 trillion in debt that the US federal government has accumulated. He noted that US debt was much smaller as a percentage of GDP than Japan's.

"You must not panic about it," he said, pointing out that most of this debt was in the United States.

Despite his comments, Dimon did his best to stand out from the Modern Monetary Theory (MMT) movement, according to which governments can spend as much as they want in their own currency.

Dimon urged Washington to develop a game plan that tackles the burden caused by rights granting programs. But he also suggested that the country still has time to solve the problems.

"If this does not happen in the next few years," said Dimon, "it will not be a disaster."