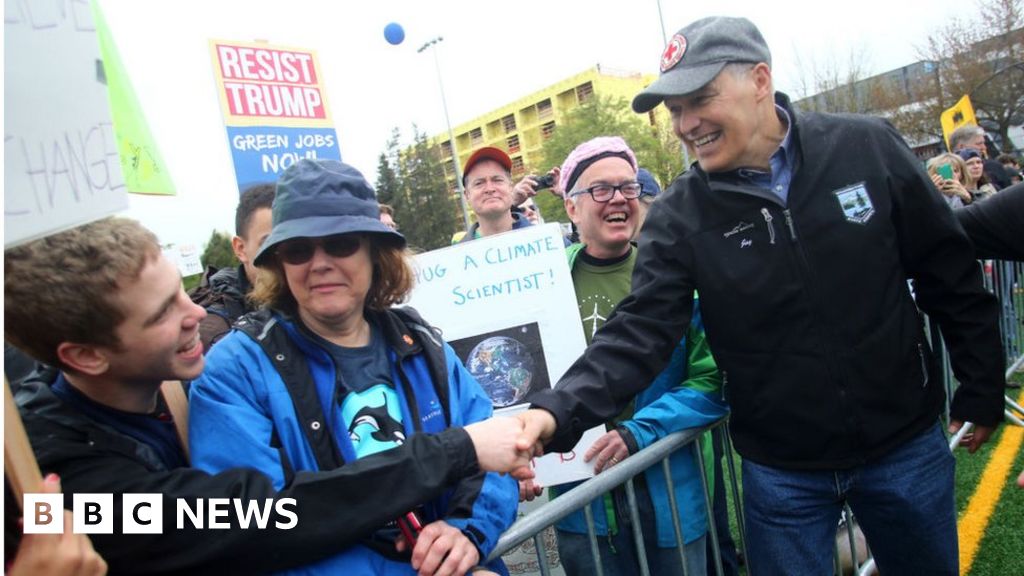 The Democratic Governor of Washington State, Jay Inslee, has announced his candidacy for the presidential nomination for 2020, joining a long list of candidates.

Inslee, 68, will make climate change his number one, calling it the "most urgent challenge of our time" in his first campaign video.

He is the first governor to enter the ring, joining 12 other Democrats, including six senators.

"I am running for the presidency because I am the only candidate who will make the fight against climate change the number one priority of our country," said Inslee in the video, released on Friday.

Inslee's mid-term campaign focused on creating new jobs in the energy sector. His video for the 2020 campaign echoed the same arguments, linking "the fight against climate change" to the transformation of the economy.

Elizabeth Warren, Kirsten Gillibrand, Amy Klobuchar, Kamala Harris and Bernie Sanders are among other candidates declared to the Democratic primary in 2020, the first time that more than one woman has competed.

Jay Inslee is a person who, in the past, would be a naturally formidable presidential candidate. He is a seasoned politician who possesses the kind of executive experience that comes to him from the governor of a medium-sized state.

Of course, this is not your father's Democratic Party and, with a wide range of candidates already in the race, Mr. Inslee will be in a hurry to find a break for his campaign.

His answer is to pose as the environmental candidate. While the Green New Deal is gaining ground among progressives, Inslee is touting his efforts to combat climate change in Washington State. He launches his presidential bid in a solar panel factory, which he attributes to his success as governor.

If Mr. Inslee attracts the attention of Democratic voters with his environmental speech, he can then talk about his efforts to fight Trump's administration's immigration policies, expand health care in his country. State, raise the minimum wage, order a paid medical leave for the family, put an end to the capital punishment and pardon of Washington residents already convicted of offenses now legalized in the field of marijuana drug.

It's a progressive record that the half-dozen senators already in the race, having worked hard in the minority since 2014, can not compete.