Jim Acosta speaks with Trump about the national emergency: "I believe in the facts" 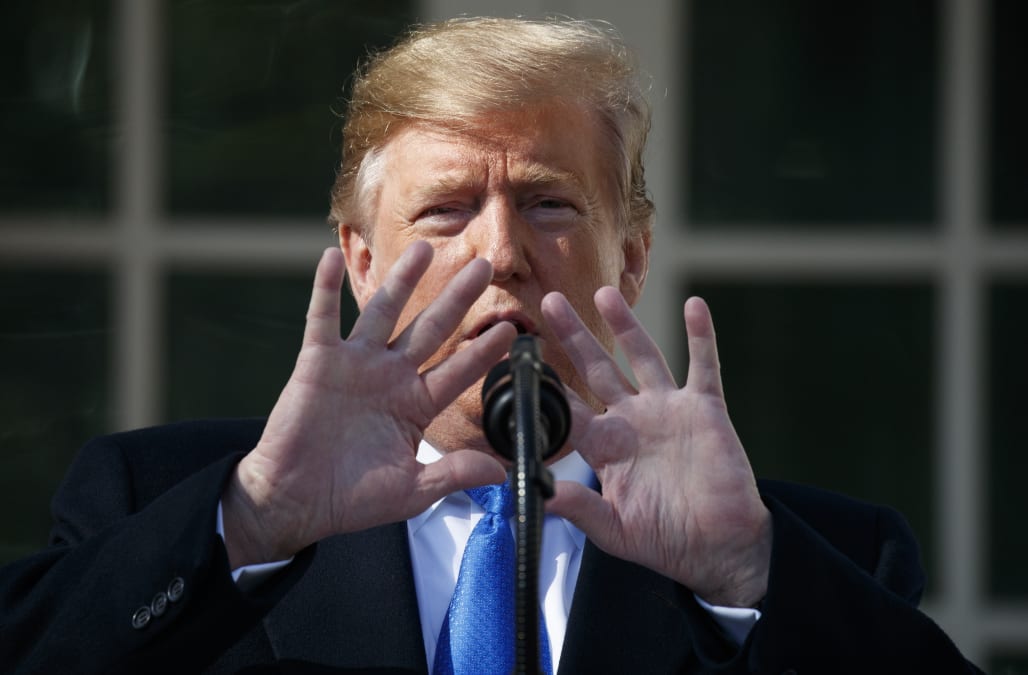 Acosta asked Trump to examine the "mismatch" between what he said at the border and "crime data," including those from the Department of Homeland Security. Acosta said that the number of illegal border crossings is almost record (which happened early in the Trump presidency, but he took credit for it on Friday) and that undocumented immigrants commit crimes at a much lower rate than that of the American citizens.

"You do not really believe that," Trump replied, referring to crime data. "Take a look at our federal prisons."

Acosta replied, "I believe in facts and statistics."

He questioned Trump about criticism that he "concocted a national emergency" to build his border wall.

The president pointed to six women invited to the rose garden that he described as "angel mothers" and whose children died as a result of crimes or accidents related to undocumented immigrants. (A child has died from a drug overdose, according to ABC News.)

"Ask these incredible women who lost their daughters and sons, okay?" Trump said. "Your question is a very political one, because you have an agenda. You are CNN. You are false news. "

White House Playboy correspondent Brian Karen asked similar questions later, asking Trump to confirm the facts to support his claims. At one point, the president said that he used "a lot of statistics". Asked to share these numbers, Trump replied, "Let me tell you that you have much worse statistics than the ones I use, but I use a lot of statistics.

Check out Trump's angry reaction to Acosta in the video above.

Acosta later highlighted the tragedy of "mothers of angels" on CNN.