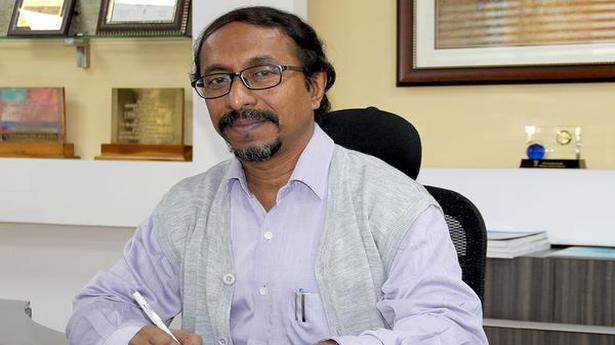 The spinal cord lesions can now be repaired with the help of a small molecule (TTK21) synthesized by a team led by Tapas Kumar Kundu from the Unit of Molecular Biology and Genetics Research Center. Advanced scientist Jawaharlal Nehru (JNCASR), located in Bengaluru, revealed a study. The small molecule tested on mouse and rat models has promoted the regeneration and growth of new sensory and motor axons, leading to the recovery of sensory and motor functions in animals with spinal cord injury.

As the small molecule can not cross the blood-brain barrier and enter the brain, the researchers used carbon nanospheres of a size of 400 nanometers made from glucose, which is self-fluorescent, and which have fixed the molecule on its surface. The non-toxic nature of the small molecule has already been demonstrated in animals.

In October 2018, JNCASR researchers, in collaboration with a French team, used the same molecule to recover long-term memory in mice suffering from Alzheimer's disease.

When the spinal cord is damaged, the tails (axons) of the nerve cells that extend up and down the spine are damaged or even completely cut off. Thus, cerebral signals can no longer travel beyond the site of the injury when the axons are severed, leading to paralysis.

Anecdotal evidence suggests that people with active lifestyles are more likely to recover from spinal cord injury than those who are not. The researchers tested this on animals by providing them with a larger cage, a larger number of mice to interact with, an exercise wheel (being run), and unidentified objects before 39, inflict an injury to the spinal cord. Environmental, physical or social stimuli stimulated the cells and enhanced their regenerative potential, so that five weeks after the spinal cord injury, the damaged nerve fibers regenerated at the site of the lesion. Some axons have regenerated so well that they have spread beyond the site of the lesion.

This discovery in animal models prompted researchers to study the underlying molecular mechanism to identify a therapeutic target for recovery after spinal injury. They discovered that after a spinal cord injury, animals previously exposed to different stimuli expressed changes in acetylation induced by the Cbp enzyme. This change caused by the enzyme has resulted in an increase in the expression of a set of genes associated with the regeneration and growth of axons.

Even in the case of their earlier work on the production of new neurons that help recover long-term memory in mice with Alzheimer's disease, a similar set of genes is activated by the Cbp enzyme. "Changing the level of Cbp-mediated acetylation plays an important role in several biological phenomena, including memory recovery, the creation of new neurons and the extension of the length of axons connecting injured neurons." ", says Professor Kundu, currently director of CSIR-Central Institute for Drug Research, Lucknow.

"By mimicking the regenerative effect of environmental stimuli, we wanted to know if our small molecule could activate the Cbp enzyme and promote axon regeneration and recovery," said Akash K. Singh, PhD student at JNCASR and co-investigator. author of an article published in the newspaper Translational medicine science.

In tests in mice and rats, the small molecule injected four hours after the injury and once a week for five weeks resulted in axon regeneration and growth at the site of the injury. "The extent of regeneration and functional recovery of axons was almost the same in mice and rats. This has proven that our small molecule has a therapeutic effect, "says Dr. Sarmistha H. Sinha, JNCASR Postdoctoral Fellow and co-author of the paper.

"Behavioral tests showed that mice could walk with fewer falls and slips due to an imbalance. The number of times that animals have slipped has decreased over time. And on the ground, the mice were also able to walk normally on the ground without limping, "says Professor Kundu. "And the mice were able to quickly detect and remove the adhesive stuck to the hind legs indicating recovery. When the animals are paralyzed, they do not detect the presence of the band. "

"With Imperial College London, we are studying the possibility of conducting preclinical trials and jointly developing the molecule for therapeutic purposes in humans," says Professor Kundu.

The enigmatic star system has 5 planets locked in perfect harmony