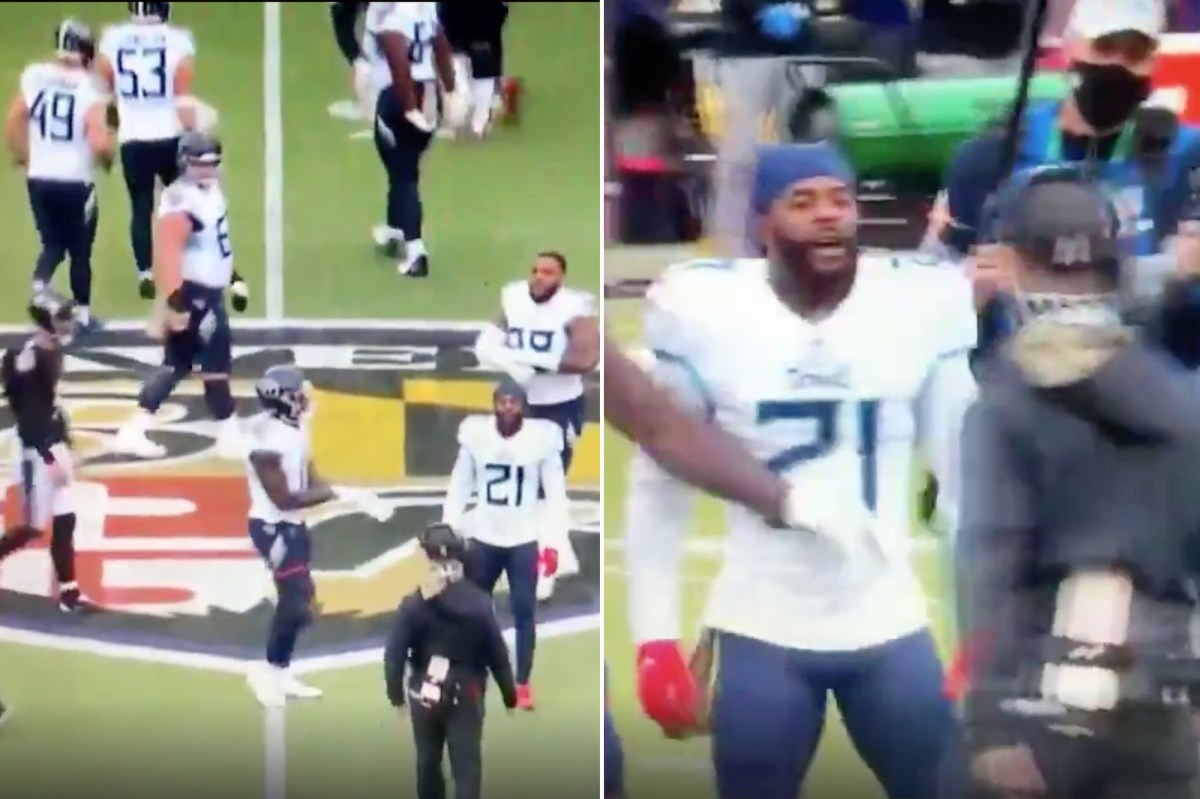 Drama was not lacking in Baltimore leading up to the Ravens-Titans game.

The Titans apparently offended the Ravens ahead of the AFC showdown by heading towards the midfielder logo ahead of the home side, resulting in a verbal altercation between teams in which Ravens coach John Harbaugh and Titans corner Malcolm Butler had a heated showdown, according to multiple reports. Harbaugh and Titans coach Mike Vrabel also exchanged words and were separated by officials.

CBS cameras caught Butler and Harbaugh yelling at each other.

“Oh oh. Dramatic midfielder logo here at M&T Bank Stadium, ” NFL Network’s Mike Garafolo wrote on Twitter. “The #Titans came out and went straight to midfield on the logo. John Harbaugh came to the end and took offense. Mike Vrabel and Harbaugh then had a heated conversation. Throw away the discs !!! “

“The Ravens players were not yet on the pitch when the Titans met at the midfield logo,” Athletic’s Jeff Zrebiec wrote on Twitter. “The Ravens coaches were over there and Harbaugh started walking towards Butler as the two exchanged words. They were eventually separated but Vrabel got out. The referees were between Vrabel and Harbaugh.

Butler was seen yelling at the Baltimore sideline and going “nose to nose” with Harbaugh.

Zrebiec added that this was the second time the Titans had done this at the Ravens stadium much to Harbaugh’s dismay.

“Remember, for the playoff game in January, the Titans also met on the Ravens logo at M&T Bank Stadium,” he wrote. “Not many Titans fans have said that is what they always do, no matter what the stadium. Either way, Harbaugh seemed to take offense.