Jones ejected the fan, insists on "keeping the jokes polite & # 39; 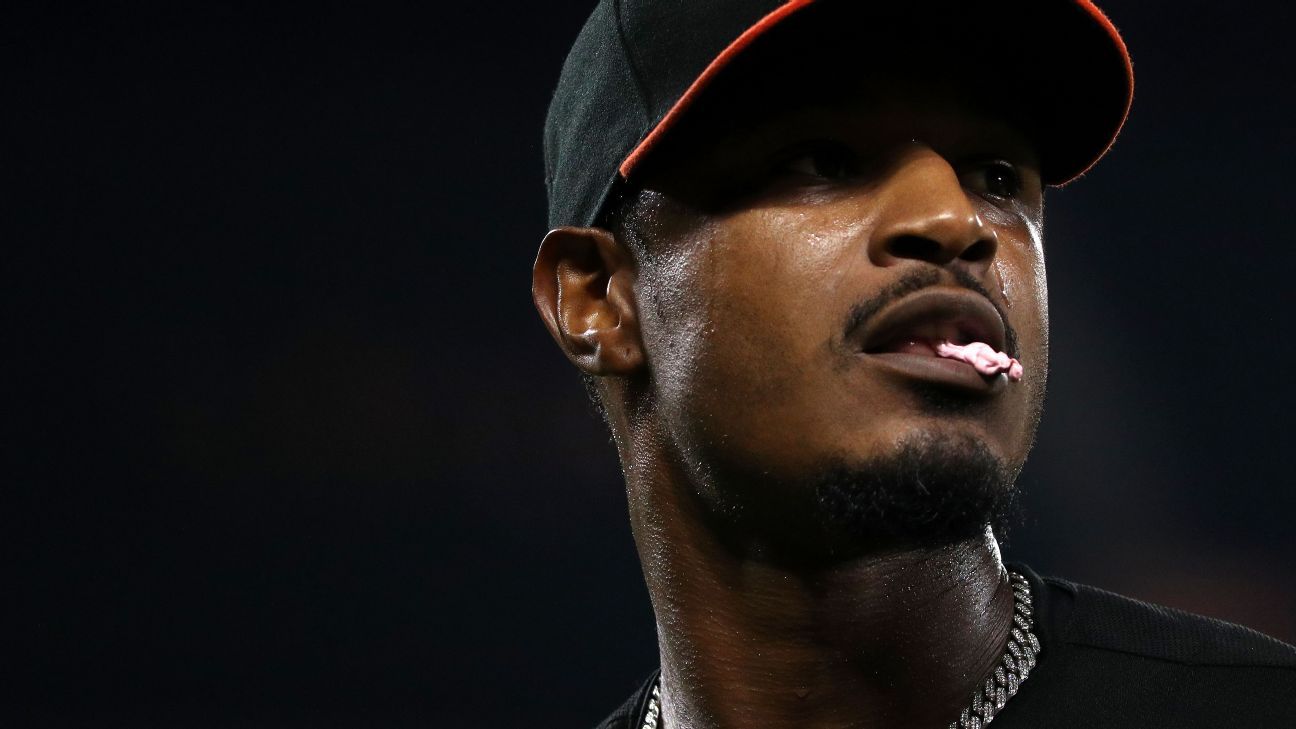 Adam Jones, a member of Arizona Diamondbacks, after expelling a San Diego Padres fan for blaspheming Wednesday night, urged spectators to "keep the light" instead of crossing the line with foul language.

Jones had the fan removed from the baseball stadium at Petco Park during Arizona's 4-1 defeat against the Padres. He said the supporter was "pinging me out" while he was tracking a flying ball in the right field at the fifth inning.

"These fans in the sport, man, they're starting to be a little more cheeky," said San Diego's Jones after the match, according to azcentral.com. "I've repeated it many times and, of course, I've had altercations with the fans.My biggest concern is to keep the jokes polite – we're void, I'm scratched, I'm not. team is not good, keep the light, keep the flea.There are children in the stadium, but the second you start to throw me as if I was a small child 39, is a no-no.

"In the street, they would never do that.In the stadium, when you paid your admission, you no longer need it.As soon as I hear someone talking to us, you I'm crazy, they're gone, it's like that, I've had a good game, and just by hearing the word B, the word F, it's not a rhetoric then … he's gone. "

This is not the first time Jones has spoken of the mistreatment of spectators. In 2017, while working for the Baltimore Orioles, Jones said he was subjected to racist taunts and was thrown a bag of peanuts at Fenway Park in Boston.