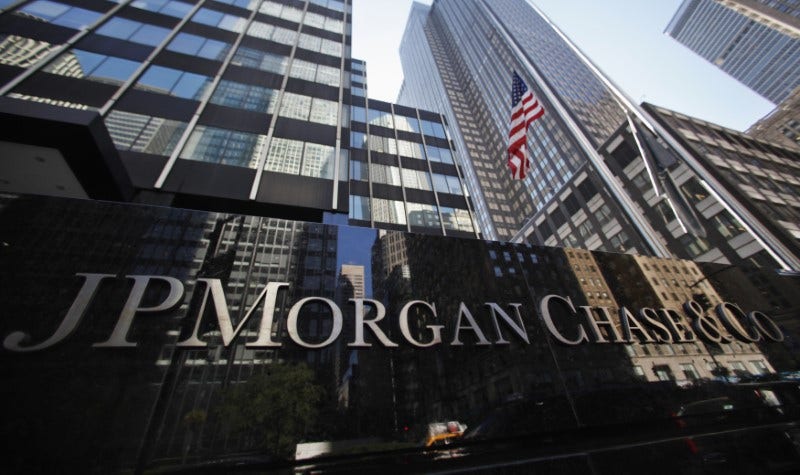 Keith Fitz-Gerald, director of the Fitz-Gerald group, explains what big cities like New York will look like as America recovers from the coronavirus pandemic.

JPMorgan Chase & Co., Salesforce.com Inc. and PricewaterhouseCoopers are among the larger companies looking to offload large office blocks, the latest sign that remote working is hurting demand for this mainstay of commercial real estate.

Large companies typically sign office leases for a decade or more, giving them few options to reduce their footprint beyond trying to sublet floors to other tenants. At the end of 2020, 137 million square feet of office space was available to sublet across the United States, according to CBRE Group Inc., a 40% increase from the previous year and the highest figure since 2003.

As sublet space increases with each recession, as struggling businesses look to cut costs, businesses typically add office space when the economy picks up. But this time around, many companies that are abandoning real estate are doing well financially; they say they need less space because they anticipate more employees will at least work part-time from home even after the pandemic is over.

MOST WORKERS WANT TO CONTINUE WORKING AT HOME IN THE POST-PANDEMIC WORLD, CONCLUDES THE SURVEY

This suggests that the demand for office space may be permanently lower in some businesses, just as the rise of e-commerce has driven down demand and street level retail rents.

This wave of sublet activity is already causing new headaches for landlords. Office rents for more expensive spaces, including concessions, have fallen by about 17% over the past year in New York and San Francisco and 13% nationally, according to the real estate company. JLL.

Sublet space typically comes with an additional 25% reduction, said David Falk, president of the New York tri-state area at real estate services firm Newmark. And because businesses can sublet on short notice, the increased availability of sublets can serve as an early indicator of the real state of the office market.

The rate at which the availability of sublets has increased is “astounding,” said Phil Ryan, director of US office research at JLL.

Some companies are just testing what they can get by subletting and may ultimately decide to keep their space, brokers say. But by adding to the supply of office space when there are few takers, they help drive down rents in cities and can sometimes compete for business with their own landlords.

JPMorgan began marketing 700,000 square feet of office space in lower Manhattan earlier this year. This is the largest block of space available for subletting in Manhattan, according to real estate services company Savills Inc.

PricewaterhouseCoopers and Yelp Inc. have also listed spaces in New York City for subletting, according to brokers.

Salesforce has listed space for rent in one of its office buildings in San Francisco. Uber Technologies Inc. and Wells Fargo & Co. are also adding to the availability of sublets in that city, although the companies said the decision was unrelated to work-from-home policies, according to people familiar with the city. subject.

Tech companies, until recently the most aggressive office buyers in cities like San Francisco and New York, are now at the forefront of the sublet boom. These companies have in some cases adopted remote working faster than other industries, analysts say, and are therefore more willing to reduce their exposure to real estate.

In previous years, tech companies often rented more space than they needed at the time to prepare for growth, said Mr. Ryan of JLL. This practice, dubbed the space bank, has left some too much office space that they are now trying to get rid of.

When cloud storage company Dropbox Inc. agreed to take over an over 700,000 square foot office development in San Francisco in 2017, it was billed as the largest office lease in the city’s history. But recently, the company sublet much of the space to two biotech companies at discounted rates. Dropbox said most of its employees will work primarily from home in the future, citing polls showing most prefer to do so and a study that found workers are more focused at home.

Companies that put up space for subletting often have little choice but to accept large losses. Dropbox said on a recent earnings call that it expects to make more than $ 800 million from subletting real estate, but it will also reduce the value of its leases by around $ 400 million, because the sublet income is less than the rent he pays.

Large financial firms and law firms, both popular because they are willing to pay high rents, are also ditching office space, brokers say. And the suburbs are not immune either. A number of companies are looking to get rid of call centers and other back office facilities in inexpensive places, Ryan said.

In the suburbs of Chicago, healthcare provider AMITA Health recently set up its corporate headquarters to sublet. Like Dropbox, the company surveyed its employees and found that many enjoyed working from home, said the company’s chief operating officer, Thor Thordarson. “Our associates’ desire to work remotely and our ability to provide alternative work environments in turn requires less physical office space,” he said.