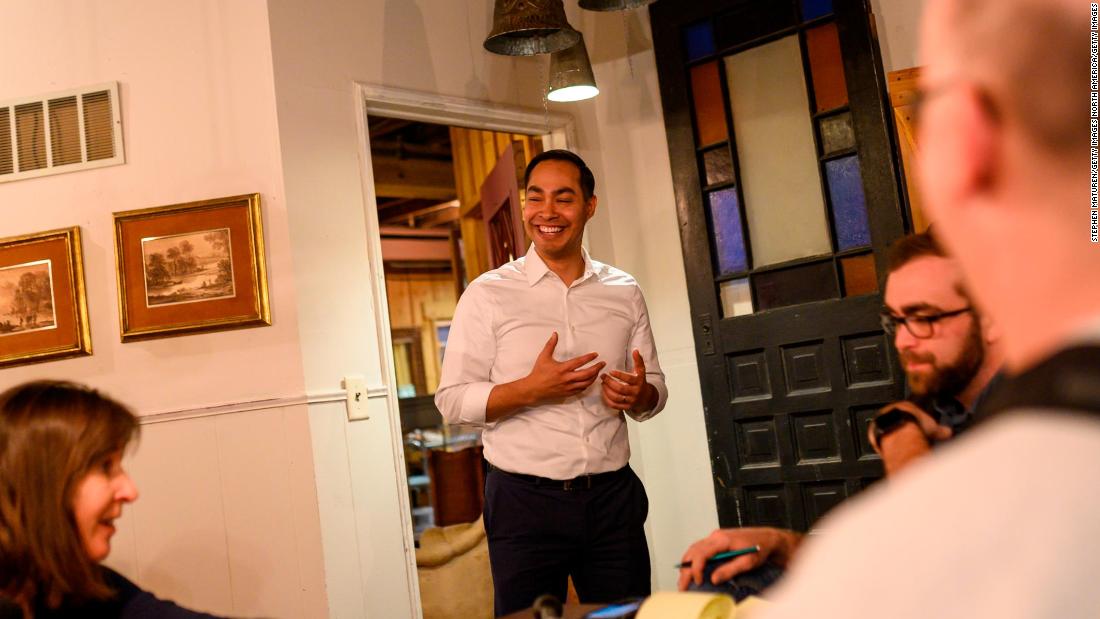 Castro, speaking Sunday of CNN's "State of the Union" with Jake Tapper, said that the United States had to tackle its "original sin of slavery" and its Was engaged, if he was elected president, to "appoint a commission or working group to determine the best way to do it."

Sanders was questioned about the problem during a general meeting at CNN's presidency last month and declared himself in favor of fighting poverty, inequality and "institutional racism in this country". But when it comes to repairs, Sanders said, "What do they mean, I'm not sure anyone is very clear."
Sunday, Castro opposed his own openness to the possibility of paying reparations to the descendants of slaves to a recent interview with ABC Sanders said there were better ways to solve the problem than "just write a check".

"In my opinion, this may or may not be the best way to solve this problem," said Castro. "However, it's interesting to me that when it comes to Medicare for all, health care, you know, the answer has been that we have to write a big check, that's when it's all right. it's college without tuition or debt the answer has been that we need to write a big check. "

Castro continued: "And so, if the problem is to compensate the descendants of slaves, I do not think that the argument regarding the writing of a big check should be the one you make if you advance an argument be written for a whole lot of other things ".