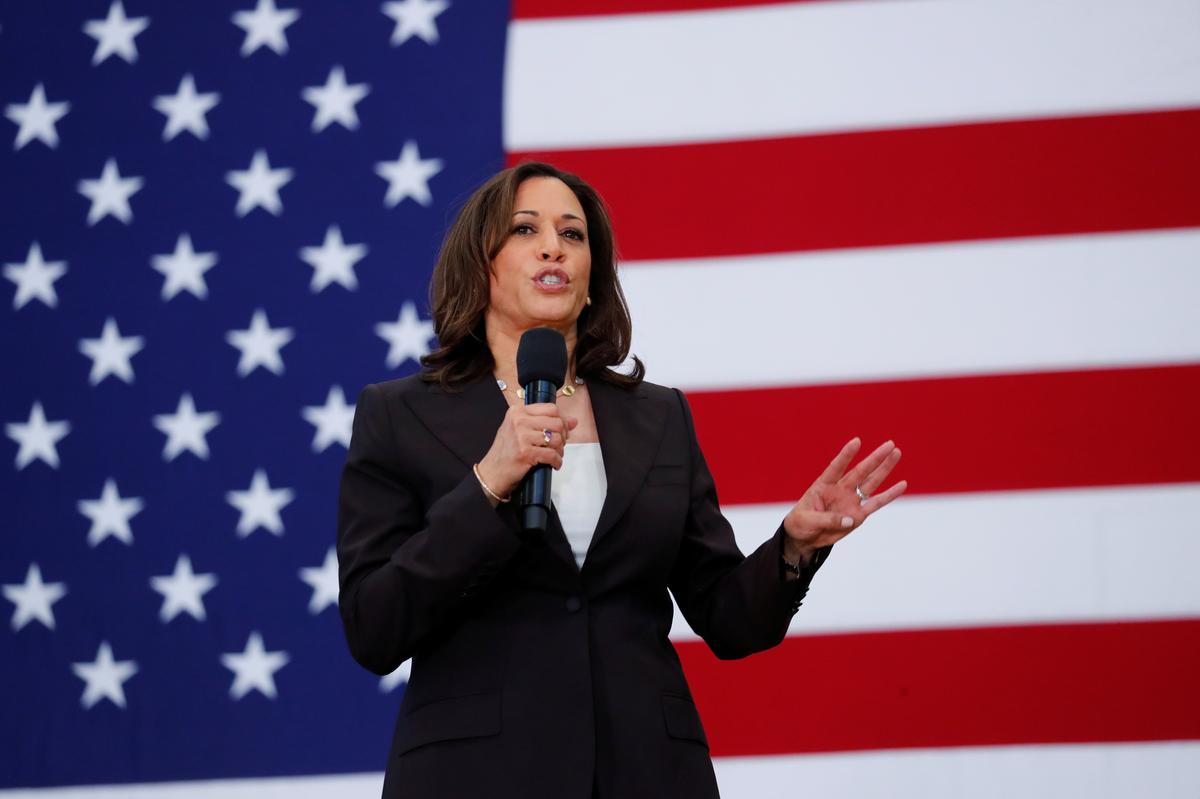 WASHINGTON (Reuters) – US Senator Kamala Harris, one of two dozen Democrats vying for the 2020 presidential nomination, proposed Monday to narrow the pay gap between men and women. women by asking companies to disclose their salary data and to obtain an "equal pay certificate".

Harris' proposal is aimed at transferring the burden of workers, who must now prove wage discrimination to employers, to companies, who would be forced to show that they eliminate wage disparities between men and women doing work of equal value.

In 2017, full-time, full-time women earned 80% of what their male counterparts earned, according to the US Census Bureau, and minority women earned even less.

At a university rally in Los Angeles Sunday, Harris decried the pay gap between men and women. "It must end," she said, to the applause of the audience.

Harris said his plan would encourage companies to close the pay gap because "there will be penalties if they do not."

According to Harris' proposal, which would require approval by the US Congress, companies with 100 or more employees would submit their salary data to the Commission for Equal Opportunities in Employment.

They will also need to prove that existing pay gaps are not based on gender, but on merit, performance or seniority, and commit to policies prohibiting compulsory arbitration pacts for conflicts of interest. employment and salary history issues during hiring.

Companies that do not meet the criteria will be fined 1% of their profits for every 1% pay gap found after adjustment based on variables such as experience and performance.

US Senator Kamala Harris holds her first organizing event in Los Angeles as she campaigns for the 2020 Democratic presidential nomination race in Los Angeles, California, United States on 19 May 2019. REUTERS / Mike Blake

The Harris campaign said the plan would generate $ 180 billion over 10 years as revenues decline as new wage policies are adopted. The fines would be used to offset the cost of universal policies on paid medical and family leave that she supports.

Aware that it would be difficult, if not impossible, to implement such laws if the Democrats did not control the House of Representatives or control the Senate either, she explained how she would use the executive power of the president to coerce companies to compete. contracts valued at $ 500,000 or more for certification.

The Harris campaign claimed that 28 million American workers would be covered by such action on the part of the executive.