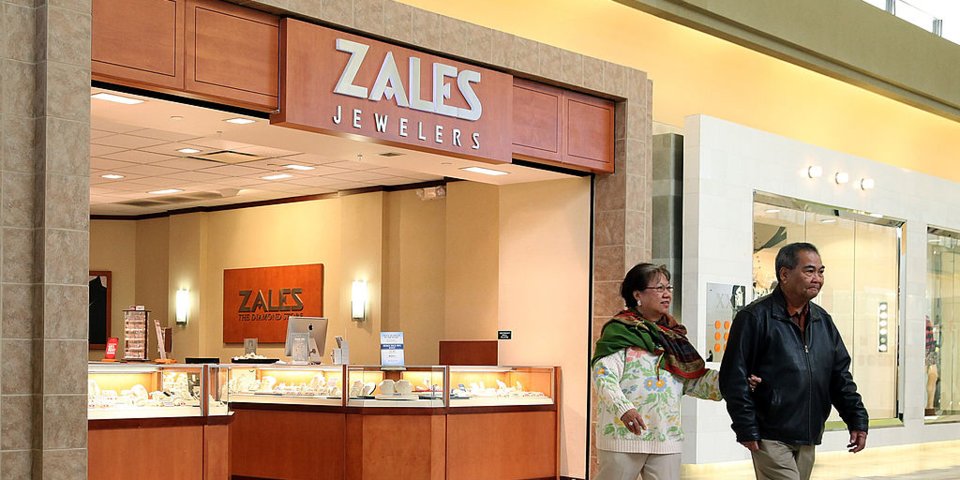 Soon, finding a diamond dealer in a mall could be as difficult as finding a rough diamond.

Signet Jewelers, the jewelery giant that owns the three retailers, announced Wednesday in its latest earnings report its intention to adopt a strategy to limit new store openings to "off-mall locations." It is planned to close 150 stores over the next year, with a focus on shopping centers.

"Signet is too exposed to underperforming shopping malls, so we carefully evaluate the performance of our store and determine which stores to close based on the profitability and potential of each store, including our ability to renegotiate lease agreements, favorable rates, "a spokeswoman for Signet told Business Insider.

Signet, the largest jewelry retailer in the world, has struggled. This latest report indicates that the company closed 262 stores in fiscal 2019 and that the upcoming closings are part of its plan to "strategically reduce and reposition its real estate footprint to increase store productivity ".

"We are very focused on sales retention," said Signet's spokesperson. "This is explained by the fact that about 75% of the stores we close are in shopping centers hosted by another Signet banner store, often located on the other side of the lobby."

But Signet's strategy also reflects the decline of the US shopping center.

Read more: Kay, Zales and Jared have been suffering since the end of sales – and this could be the last sign that millennials are disrupting the diamond trade

The jewelery company's report indicates that, in the future, it plans to launch a "limited" number of new store openings "consisting mainly of redevelopments in out-of-shopping centers".

In other words, this retailer has virtually fled the mall. This news comes as US shopping centers continue to make waves due to the decline in pedestrian traffic and the rise of online shopping.

Bookmark said he hoped to save between $ 200 and $ 225 million as part of his "Path to Brilliant" transformation plan. But this amount does not include savings from store closures and the company's new anti-mall disc.

Here is the complete declaration of Signet:

The company continues to strategically reduce and reposition its real estate footprint to increase store productivity and enable more focused and impactful investments in new, digitally enabled, attractive store designs and targeted updates. of the appearance of the stores in the entire portfolio. During fiscal year 2019, the company closed 262 stores. During fiscal year 2020, the Company plans to close more than 150 stores, with a limited number of new store openings, consisting primarily of redevelopments in out-of-mall locations. At the end of fiscal year 2020, the company expects to have reduced its store base by 13% over a three-year period.

We discipline the performance of our stores with a high degree of discipline and consider a number of factors, including store profitability, lease terms and our ability to renegotiate leases at favorable rates. The closures will be primarily based in shopping malls and will continue to pull out regional banners. The majority of store closures will occur late in the fiscal year, after the holidays.

Regarding the strategic reason for closing the doors, we believe that jewelry will continue to be an omni-channel category and that the right store footprint is a competitive advantage for us. Signet is too exposed to poorly performing malls. We therefore carefully evaluate the performance of our stores and determine which stores to close based on the profitability and potential of each store. rates.

We are very focused on sales retention. This is made possible by the fact that about 75% of the stores we close are in shopping malls housed in another Signet banner store, often on the other side of the lobby. We expect increased productivity per square foot through a smaller footprint as we expand our product line at A & B malls. We are developing and testing a number of new customer-inspired store designs. during fiscal year 2010 and likely to be extended as of fiscal year 21 and following.