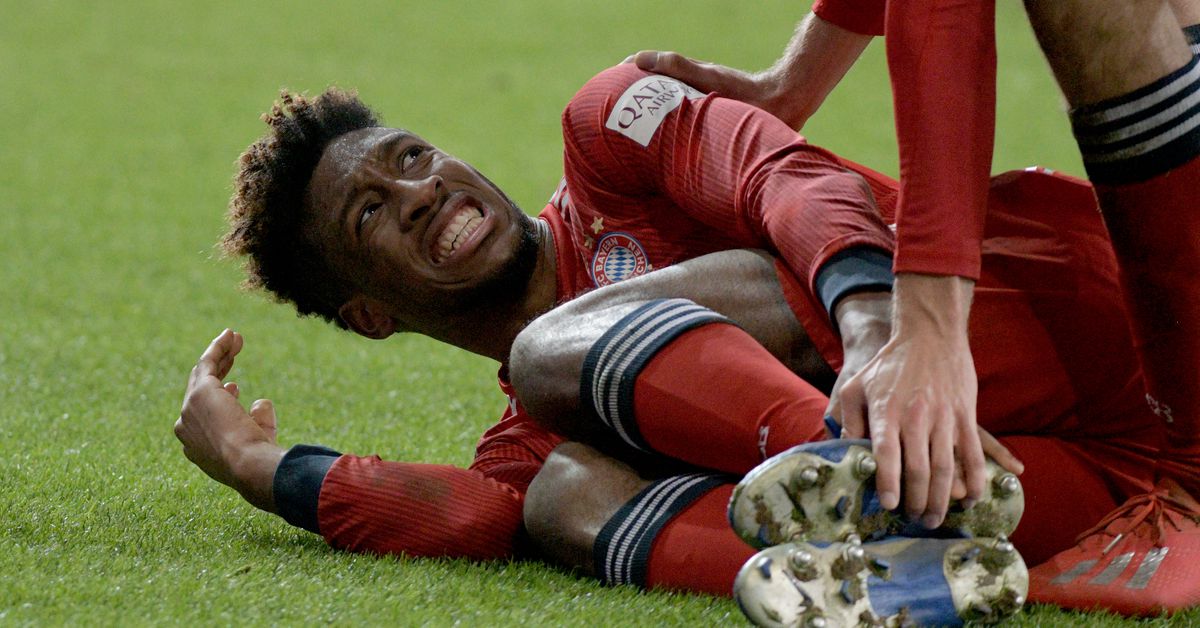 Kingsley Coman left the Bayern Munich match against Augsburg today but did not return to the field. Coman was easily imposed as the man of the match, scoring two goals for Bayern in the first half and offering a decisive pass for the third decisive goal. But it is difficult to find long courses of luck for the young Frenchman. His day was marked by an ankle injury that required work stoppages and required two serious surgical procedures.

Kevin Danso from Augsburg accidentally stuck Coman in the left ankle a minute after the time stopped. Coman screamed and went down to the ground immediately. The team doctor and his assistant immediately treated the winger and could be seen examining his ankle during the broadcast. After a few minutes of play, Coman limped off the field and went down the tunnel with the medical team.

Head coach Niko Kovac said afterwards (Bild"According to the doctors, it's not going well, but you have to wait for the exams." In December 2018, Coman had told the French press that he would be leaving football when he suffered a third serious injury to the same ankle:

If I need a third operation, I do not think I'll do it. If I hurt myself (…) enough, that's enough! Maybe my foot is not for the high level and I will continue my life.

The only good thing is that Coman was able to leave the field on his own. We will post an update on his status once the team has made an official announcement.

It goes without saying that it is highly unlikely that Coman will be able to play Liverpool in the UEFA Champions League round of 16 next week.

Kovac: "Kingsley has lost his hat, he has a hat in Schmerzen, he has been killed by a man." Morgen Kernspin. Kovac schließt Einsatz in Liverpool not seen yet. #FCAFCB

Kovac (rather pale in the face) about Coman's injury: "Kingsley is hurt; he suffers. It's something with ligaments; it would be very disturbing. MRI tomorrow. Kovac does not exclude playing against Liverpool.

Ein besorgter @matshummels zu Coman: "(…) Wir hoffen einfach, dass er fit ist. Denn man sieht, was one of the heroes of the network Spieler (…) Wenn am Sprunggelenk, was exchanged, but he lost his time. " @ SPORT1

Mats Hummels, worried about Coman: "(…) We just hope he's fit. Because you can see what an exceptional player it is (…) If it is treated at the ankle, it always shivers our spine. "