Largest plane in the world makes its first flight over California 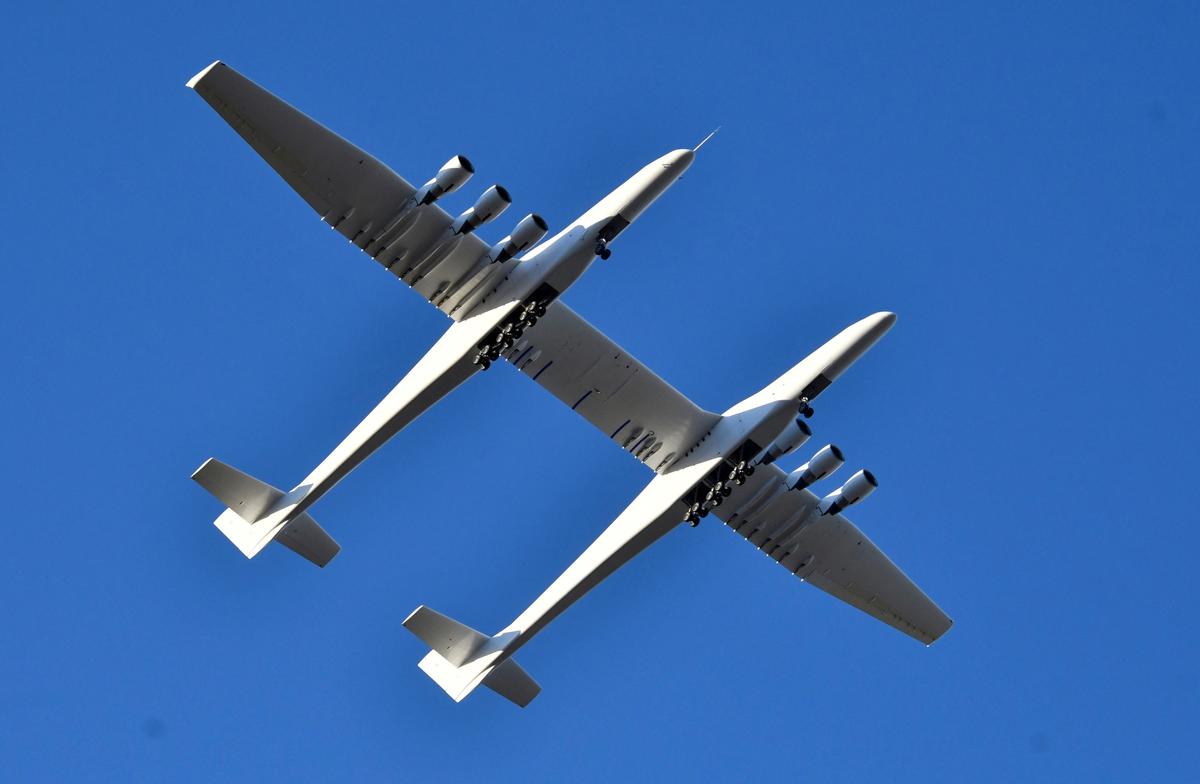 LOS ANGELES (Reuters) – The world's largest aircraft took off Saturday in the Mojave Desert in California, the first carbon-fiber composite flight built by Stratolaunch Systems Corp., launched by the late co-founder of Microsoft, Paul Allen, at the entrance to the company the lucrative private space market.

The white aircraft called Roc, which has a wingspan equal to that of an American football field and is powered by six engines mounted on a twin fuselage, took off shortly before 7 pm Pacific time (1400 GMT ), and remained in the air more than two hours later. before landing safely at the air and space port of Mojave while a crowd of hundreds of people cheered him.

"What a fantastic first flight," said Jean Floyd, president and CEO of Stratolaunch, in a statement posted on the company's website.

"Today's flight continues our mission to provide a flexible alternative to ground systems," said Floyd. "We are extremely proud of the Stratolaunch team, today's flight crew, our Northrup Grumman Scaled Composites partners and the Mojave air and space port."

The aircraft is designed to drop rockets and other space vehicles weighing up to 500,000 pounds at an altitude of 35,000 feet. The company said the deployment of the satellite was "as easy as booking a flight."

The Saturday flight, which saw the aircraft reach a maximum speed of 189 miles at an hour and an altitude of 17,000 feet, was to test its performance and handling qualities, according to Stratolaunch.

Allen, co-founder of Microsoft with Bill Gates in 1975, announced in 2011 to have created the privately owned Stratolaunch.

The company is seeking to take advantage of increased demand in the coming years for ships capable of putting satellites into orbit, competing in the United States with other space contractors and pillars of the United States. Industry such as Elon Musk's SpaceX and United Launch Alliance – a partnership between Boeing and Lockheed Martin.

Stratolaunch has announced its intention to launch its first Roc rockets in 2020 at the earliest. Allen died in October 2018 while suffering from non-Hodgkin lymphoma, just months after the unveiling of the development of the aircraft.

"We all know Paul would have been proud to see today's historic success," said Jody Allen, chairman of Vulcan Inc. and trustee of the Paul G. Allen Trust. "The aircraft is a remarkable technical achievement and we congratulate everyone involved."

Daily Coronavirus News, January 23: What to Know Today about COVID-19 in the Seattle Area, Washington State and Around the World – Seattle Times