Leclerc the fastest morning of the third day 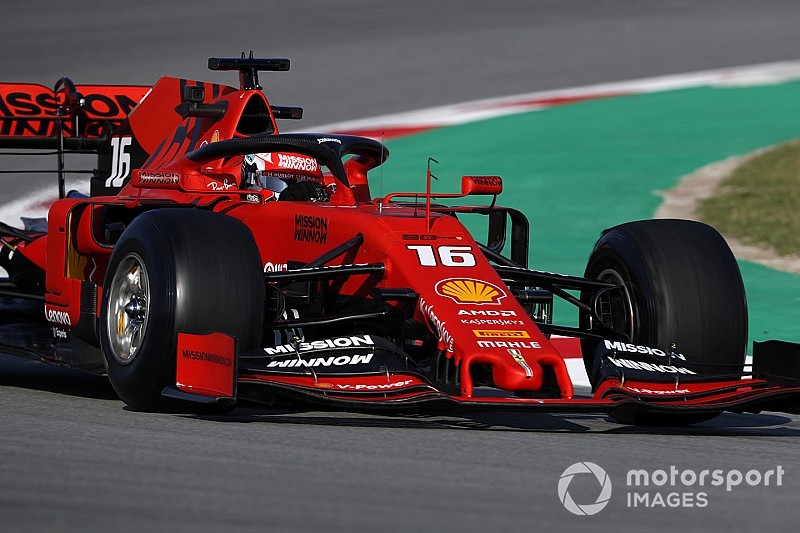 Leclerc had already raised his eyebrows before setting the fastest time, finishing third with an impressive turn on the hardest compound in the C2, while his rivals used the red-walled C4 and C5 tires.

Leclerc then placed at the top of the standings with a 1m16.658 effort on compound C5, despite the fact that his turn was slightly reduced in the third and last sector.

He then improved the time two more times, first by three tenths, then by a best lap in 1m16.231 in the final minutes.

Leclerc overtook Alexander Albon in first place and the 54 laps completed by the Ferrari driver were appreciated after completing a lap yesterday afternoon.

Albon had previously traded the fastest laps with Lando Norris, the McLaren team that set the tone on Wednesday, before taking the lead in the first round.

The Toro Rosso rider's final lap of 1m16.882s was imposed on the C5's softer compound after gaining nine thousandths of a second over his previous benchmark.

Norris did not react to Albon's last race, while McLaren was focusing on longer runs, which means he was third in the morning with a time of 1m17.084 and 64 laps in the bag.

Red Bull moved away from its regular use of C3 to allow Pierre Gasly to undertake performance races on the C4 and C5 compounds after a morning including a race with an aerodynamic rake.

His best time was 0.007 seconds behind Norris and was set in the middle of the session.

Nico Hulkenberg was fifth for Renault, his team measured his wing flexion at the start of the race and the German also ran late for the less well-marked C1 compound.

Racing Point again struggled to complete the laps with just 37 completed laps, the lowest total of the 10 teams.

Lance Stroll's best time with a time of 1m17.556 was however enough to finish sixth.

Antonio Giovinazzi of Alfa Romeo took seventh place ahead of Lewis Hamilton of Mercedes, and his morning was disrupted by stopping his car at the pit lane in the last hour.

Mercedes made its first performance tests for the first time, before Hamilton's attention focused on long runs that displayed impressive regularity.

He was ranked eighth with a best time of 1m18.097 and completed the most laps with a total of 85.

George Russell admitted earlier this week that Williams had not fully assimilated the C4 and C5 tires, but had improved throughout the morning using both compounds.

In the last 20 minutes, he managed to stand at the bottom of the timesheets with a lap of 1m18.130 on the C5 tire after the FW42 had passed the race equipped with a remarkably large aerodynamic rake .

Like Mercedes, Haas also had long runs on the hardest courts and Kevin Magnussen finished the morning with the 10th time and 53 laps in the bag.

As Sabers trade for Flyers’ first-round pick, what impact will it have on order – The Athletic