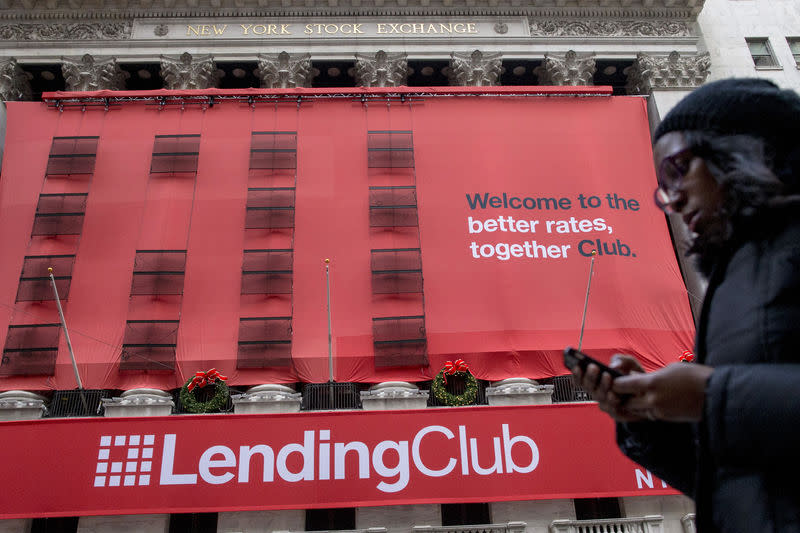 By Anna Irrera and Bharath ManjeshR

According to Refinitiv's IBES data, the company expects net sales of between $ 162 and $ 172 million for the first quarter, which is lower than analysts' estimate of $ 181.2 million.

LendingClub also expects a loss in the first quarter of $ 20 to $ 15 million, while Wall Street predicted a loss of $ 5.14 million.

For the year 2019, LendingClub predicts a loss greater than that of Wall Street. However, the company said it was targeting profitability on an adjusted basis in the second half.

Scott Sanborn, CEO of LendingClub, said in an interview that the lower than expected forecast was due in part to the first-quarter seasonal weakness and economic uncertainty in the United States and abroad.

"There is a lot of uncertainty both globally and nationally," Sanborn said.

He added that the company would strive to achieve profitability in the second half by reducing costs through initiatives such as outsourcing certain business processes.

The company plans to transfer its loan management platform to a third-party-operated, ready-to-use solution, Sanborn said. This would allow LendingClub to redeploy engineers to more "value-added" activities, Sanborn said.

LendingClub is one of the largest companies that operates an online platform that connects consumers looking for loans with individuals or institutional investors such as banks.

The San Francisco-based lender has been working to boost investor confidence since May 2016, when an internal investigation into fraudulent credit practices led to the dismissal of Renaud Laplanche, CEO and founder of the company. # 39; era.

Like other online lenders, investors are worried that start-up companies will find it difficult to grow quickly while controlling the quality of their loans.

Excluding the items, the company recorded a smaller loss in the quarter as a result of increased borrowing, which increased 18% to $ 2.87 billion.

(Report by Anna Irrera in New York and Bharath Manjesh in Bengaluru, edited by Shounak Dasgupta and Susan Thomas)