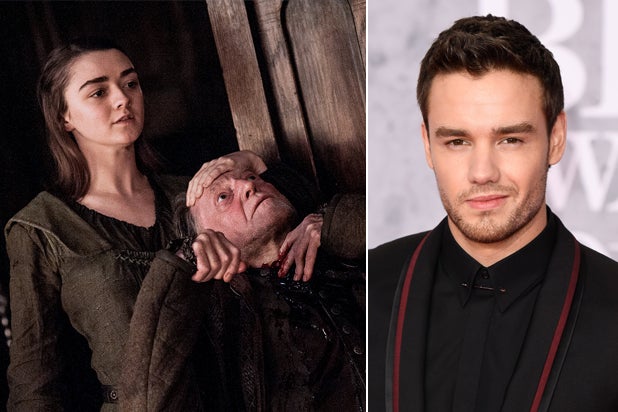 Singer Liam Payne is a little worried after seeing an updated update list that Game of Thrones star Maisie Williams tweeted on Friday, for good reason: there she is.

The singer of One Direction was – perhaps accidentally – designated as one of the characters that Williams' character on "GoT", Arya Stark, swore to murder.

"Is this a list of victims … should I worry," tweeted Payne to Williams on Saturday.

Read also: Harington Kit sobbed when a fan asked him if he was Jon Snow (Video)

On Friday, Williams tweeted "Joffrey, Cersei, Liam Payne, the dog," who, with the exception of poor Payne, is a list of names that Arya recites frequently as those she wants to avenge – and she can very do well only by the end of the series. Joffrey is already dead, but Cersei and The Hound are still alive and well.

It is worth noting that one of the characters previously on Arya's list in "Game of Thrones" was a character called Ilyn Payne. So it's possible that Arya called Liam, that is, a true British pop star and not a resident of Westeros, was just a bad case of automatic correction. The typo even received a response from "GoT" co-star Sophie Turner, who said in a tweet "Omg".

Or, or Williams really does not like One Direction. We all know that Arya is a fan of Ed Sheeran.

Williams has not yet answered Payne's question.

See if Arya takes revenge on Liam Payne when "Game of Thrones" will be back on Sunday on HBO.

Is it a list of victims … should I worry about it ???? @Maisie_Williams https://t.co/zFnlz5Kkq2

Betty White celebrates her 99th birthday on Sunday; up late as she wants