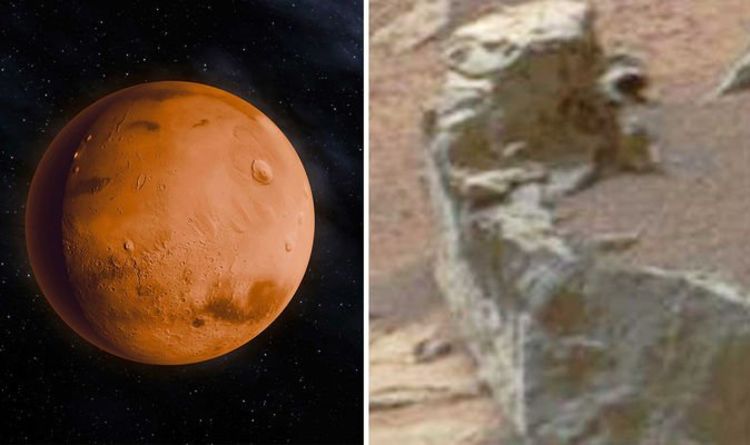 Steve Martin, 56, is convinced to have spotted a penguin hidden behind a rock on the planet 54.6 million kilometers from Earth. This passionate of myths of Kent dragged through years of sequences provided by the space agency and thought for the first time that he had discovered an "alien" being. However, if you look closely, it seems to be the head of the famous black and white flightless bird that culminates behind a giant rock, millions of miles away from its usual home.

Mr. Martin told the Sun: "I have always thought that there was life on Mars and now I think I could have proven it.

"I spent hours watching pictures of NASA, but I had never thought of finding a penguin.

"I do not know how it went up there, but I hope NASA will study the chart carefully and figure out how and why."

The bizarre pictures were taken by NASA's Curiosity Rover who has been taking pictures of the Red Planet since 2004.

The robotic camera has traveled more than 28 km around the second-smallest planet in the solar system, providing more than 224,000 snapshots.

However, Martin is sure this is not his only discovery so far and is confident: "The universe is jam-packed with life".

He added, "I sent five or six other images to an image analyst who participated in the NASA TV show: Unexplained Files. They took a look.

Meanwhile, the 56-year-old believes that humanity is safe for the moment, he joked: "Unless Martian Pingu is preparing a fleet of battleships, I think we are safe. "

This follows a remarkable week for scientific breakthroughs, after astronomers published the very first image of a black hole in a distant galaxy 500 million billion kilometers from Earth.

The discovery of the object measures 40 billion km in diameter and corresponds to three million times the size of the Earth. She largely contributes to prove Albert Einstein's theory of general relativity.