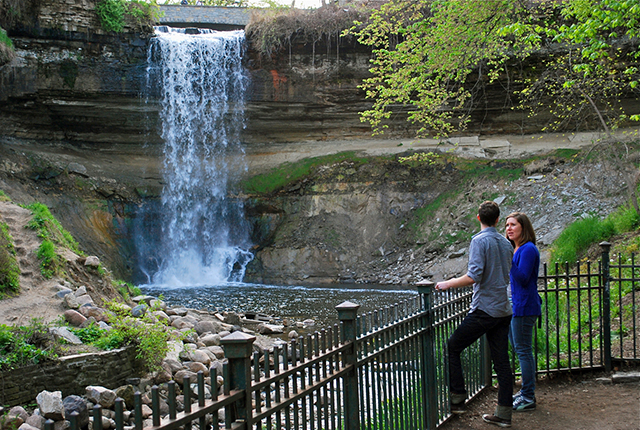 Two studies published this week provide additional support for the growing body of research that suggests living near urban parks or other green spaces offers significant benefits to mental health.

In one study, Danish researchers report that children who grow up in a greener environment are less likely to develop a mental disorder later in life.

In the other study, American researchers suggest that spending only 20 minutes in an urban park increases people's feelings of happiness, whether they are exercising or not.

For the Danish study, published in the Proceedings of the National Science Association (PNAS), researchers analyzed data on nearly one million Danes born between 1985 and 2003. These data came from the registration system. Danish Civil Code, which includes: information, place of birth and change of residence of each person. The registry also contains health information.

The researchers then used satellite data to map the density of vegetation (green space) around dwellings where each person lived from birth to 10 years.

When they compared satellite images to people's medical records, they discovered that growing near green spaces was associated with a lower relative risk of developing different psychiatric disorders, including depression, mood disorders, eating disorders, addiction and alcoholism.

The decrease in risk ranged from 15% to 55%, depending on the specific disorder.

The authors of the study pointed out that this association remained even after adjustment for urbanization, socio-economic factors, parental history of mental illness and parental age.

There were exceptions, however. Growing up had no effect on the risk of developing intellectual disability or schizophrenia.

However, according to the authors of the study, the results of the study confirm that "the integration of natural environments into urban planning is a promising approach to improve mental health and reduce the growing burden of psychiatric disorders around the world" .

As part of the second study, published in the International Journal of Environmental Health Research, researchers at the University of Alabama surveyed nearly 100 adults before and after entering one of the three urban parks of the United States. suburb (Mountain Brook) of Birmingham, Alabama.

Based on the survey responses, the researchers assigned each visitor to the park pre-and-post scores of "subjective well-being" and "life satisfaction".

Less than half (45%) of the participants stayed in the park for more than 30 minutes and only 30% practiced physical activity of at least moderate intensity.

The data collected by the researchers revealed that people generally left the park in a better mood than they had left, even when they did not intentionally use the park for exercise.

This discovery actually surprised Yuen and his colleagues, who expected the park's mood benefits to be closely linked to physical activity.

The results therefore suggest, say the researchers, that visiting urban parks can offer everyone, including people who are inactive in terms of physical activity because of their age or disability, benefits. important for health.

Both studies have many caveats. The American study is relatively small, for example, and took place in a single urban context. And the Danish study, although large enough, was observational. This means that it can not prove a direct cause-and-effect relationship between growing up in a neighborhood where there is a lot of green space and a lower risk of developing a psychiatric illness.

But these studies are intriguing, as is the expanding field of ecotherapy. As I stated previously, living near a green space – whether it's an urban park or another area of open and undeveloped land with natural vegetation – is associated with a wide range of health benefits, including better sleep, lower stress and reduced risk of type 2 diabetes, heart disease and even premature death.

Scientists have identified several possible reasons for these benefits. Green spaces encourage physical activity and social interaction, for example. It also reduces exposure to noise and air pollution and can even improve the body's immune system.

"It is increasingly evident that the natural environment plays a more important role than expected in mental health," said Kristine Engemann, one of the authors of the Danish study and postdoctoral researcher. at the Danish University of Aarhus, in a statement.

"The coupling between mental health and access to green spaces in your area is an element to consider in urban planning to make cities greener and healthier and to improve mental health. urban residents in the future, "added lead author of the study, bioscientist Jens-Christian Svenning.

IMF: A summary of the Danish study can be found on the PNAS website and a study from Alabama on the website of the International Journal of Environmental Health Research. Unfortunately, all the newspapers are behind the paywalls.