Luke Perry presented the episode of 1993 in tribute to Saturday 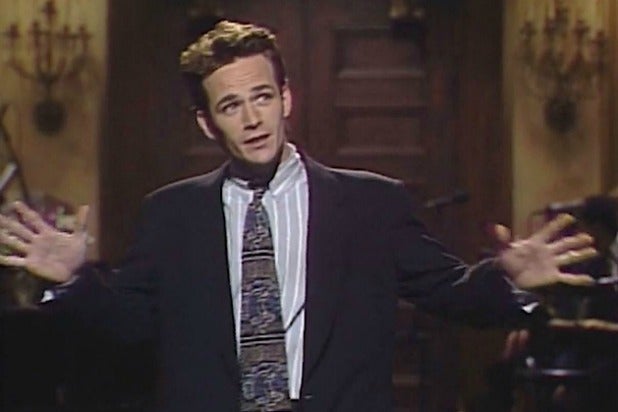 NBC will pay tribute to Luke Perry, who died this week after suffering a stroke, airing the episode of "Saturday Night Live" that he had hosted in 1993.

The episode, which included Mick Jagger as a musical guest, will air Saturday at 10 pm. ET / PT as a classic "SNL". Every Saturday, "SNL" selects an old "classic" episode for it to air alongside its new episodes. In Eastern and Central time zones, it will be broadcast before the new "SNL", while in mountain and Pacific time zones, it will be released later.

"SNL" has been broadcasting new episodes from coast to coast for the past two seasons, meaning it starts at 8:30 pm on the west coast, at 11:30 pm on the east coast.

Read also: "Riverdale" pays tribute to Luke Perry with the tribute "In Memoriam" during the first episode broadcast in the air since his death

Perry presented the 12th episode of season 18 on February 6, 1993. This was the final episode of Dana Carvey as a cast member and was introduced by former cast member Jan Hooks. Mick Jagger, in addition to being the musical guest, played the role of Keith Richards, his companion of the Rolling Stones, in "Weekend Update", making a point / counterpoint with Mike Myers playing Jagger.

"SNL" also airs a new episode Saturday, which will see Idris Elba making his debut in animation and Khalid the musical guest.

Perry died Monday at the age of 52 following a serious stroke.