Mark Ronson and Miley Cyrus team up for a new song: listen 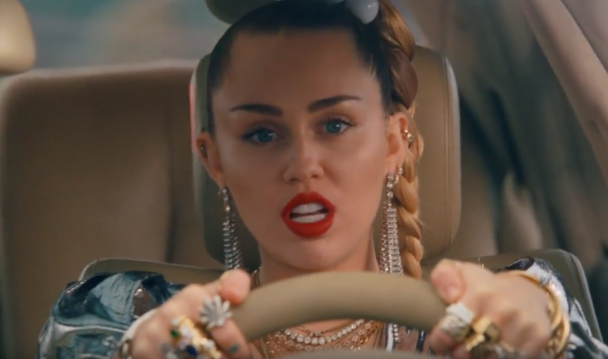 A year ago, Miley Cyrus completed her inevitable reverse transformation to become a cowboy style pop rocker (Taylor Swift, you're next) via Younger now, who closed his trilogy of vulture to debaucher culture (also including Miley Cyrus and his dead Petz and 2013 Bangerz). Now, she makes her next move.

The polished album from his debut album last year is a collaboration with Mark Ronson entitled "Nothing Breaks Like A Heart", full of violin. ad on social media earlier this week in a flood of heartbroken emojis. Jamie XX provided additional production for the track alongside the Picard brothers. It is co-written by Ronson, Cyrus, Ilsey Juber, Thomas Brenneck, the Picard brothers and Conor Rayne Syzmanski.

Although he appears to be more of Ronson than Cyrus and will be included in his next album of "sad bangers", he fits his pivot for a more "mature" image. Ronson and Cyrus will play their song together on SNL on 15/12.

The music video shows Cyrus fleeing the cops, passing a girl learning to use a gun and football players taking a knee. It was shot in Kiev, Ukraine and directed by WAFLA (We Are From LA) and produced by Romain Gravas, known for his work with M.I.A, Jay-Z and Kanye West. Ronson nicknamed the track (his first studio release since Uptown Special) the beginning of his era of "heartache". His new album will also feature Lykke Li and King Princess.

Over the past year, Cyrus spent time in the studio with Ryan Adams, was under-sweetened by Dev Hynes, was introduced to the Grammys with Elton John and was sued by a reggae artist for "We Can & # 39; t Stop ". The people of Malibu who lost their homes because of the Woolsey Forest Fire.