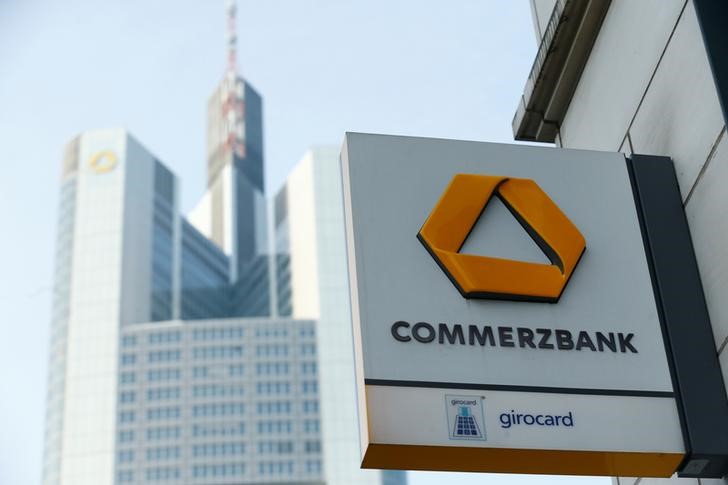 Investing.com – European equity markets were down after first trades on Thursday, plagued by new signs of weakness in the region's largest economy and unimpressed by seemingly positive news about Brexit and the trade war between the states United States and China.

The largest drop by German in German in February, including a 6% decline in export orders, again underlined how much the Eurozone should lose both by a hard Brexit and by the pursuit of the trade war between the United States and China. Figures agree with a further decline in Germany in March.

However, the most interesting story that exists this morning is not about trade. The Financial Times announced that Unicredit (MI :), the second largest bank in Italy, was preparing an offer on Commerzbank (DE :), as an alternative to the fully German Commerzbank union and German Bank (DE 🙂

Commerzbank shares rose 2.7% while those of Unicredit and Deutsche both lost 2.1%.

Deutsche Commerzbank's plan, driven mainly by the Berlin government's desire to create a national champion, quickly came up against enormous opposition from regulators, shareholders and unions. The management of one or the other bank did not seem particularly attentive.

On the other hand, a foreign buyer for Commerzbank would have the advantage of not creating a bank so large that it would have seized the regulatory authorities of the country. The problem is that it leaves Deutsche Bank, a bank already on the radar screens of global regulators, unable to win its place in the world and big enough to cause serious problems in the financial system if it ever happens.

"Nobody wants to merge with this bank because you do not know what you are buying," Stefan Mueller, CEO of the German shareholder advisory body DGWA, told Bloomberg on Thursday, pointing out unresolved issues regarding its links with Scandinavian money laundering. and his close and controversial relationship with Donald Trump before he became president.