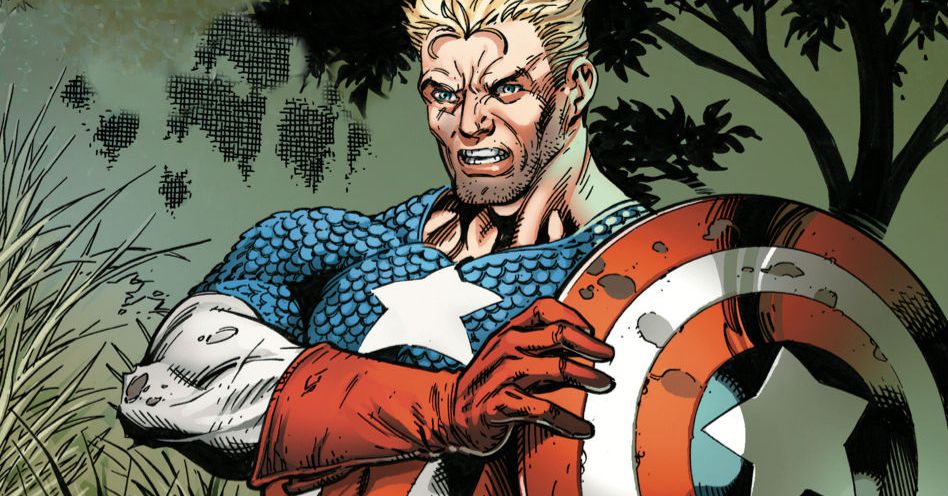 There may be a panoply of Spider-Man comics on the shelves these days, but Spider Man: History of life # 1 stands out. It's a re-examination of Peter Parker's early days as a web-slinger, recounted in real time. Number 1 focusing on the 1960s – the era of the publication of the first comic Spider-Man – History of life takes an approach to the life and times of Peter, decade by decade, mixing the real story that inspired his adventures published to these same adventures.

It is therefore not surprising that Spider-Man: Life Story # 1 is a Spider-Man story – except when it is not. Of course, this is Peter in the '60s, shortly after being bitten by everyone's favorite radioactive spider, but it's also a glimpse of what some other A-Listers were doing at the time. By revisiting the history of Marvel Comics with a modern eye and mixing it with the story of Marvel Universe, History of life # 1 does what the real comics of the '60s did not do, could not.

You have to honestly look at where Captain America would have been in the Vietnam War.

Captain America Comics have never really looked into the Vietnam War, although they exist to this day. The newly returned Captain America The 1960s series spent most of their time trying to unravel the newly formed identity of Steve Rogers, and Steve's stories did not have the chance to retrospectively tackle the Vietnam War , thanks to the sliding calendar of Marvel.

But Spider-Man: Life Story N ° 1, does not only play on our retrospective understanding of America's role in the Vietnam War, but on our modern understanding of Captain America. In 2019, Steve occupies a very clear place in the world. And this place resists tyrants, no matter where they come from.

Wait, Captain America has never had to recognize the Vietnam War?

To answer this question, it's important to understand a little bit about Steve Rogers' complicated story. The slippery chronology of Marvel Comics – the stories take place about thirteen years in fiction after the formation of the Avengers for the first time – becomes blurred for characters with marked historical origins. Steve fought during World War II, it will never change, but how and when it was thawed in the modern era is a controversial subject.

In real time, Steve was thawed in a 1964 comic book – but in Wonder time, it does not work anymore. The characters in the Marvel Universe rarely age and, as the stories consist, the story they have lived becomes increasingly vague. In order to keep Steve as "modern" as possible, the dates he was thawed and where the Avengers were trained continue to shake, which means that Steve Rogers, in comics, has do not wake up to see the 60s.

Or at least, if he did, no one can say it with so many words. We need to keep some sort of logic behind these characters who all feel like they're still in their thirties, right?

Be that as it may, the net result of the slippery timeline is some fuzziness over the historical events for which Steve was or was not present. This allows modern comics to exist in a flexible area where figures can be frequently falsified and where Steve does not have to form an opinion about historical events that could be a narrative disadvantage for him. No Vietnam for Modern Cap – he slept through it.

But what about Steve's stories in the 60s?

This is where things get even stranger. The Steve Rogers of the 1960s was not only frozen in fiction, but resurrected in reality. When he started again in 1964 The Avengers No. 4, a comic book of Captain America had not appeared since 1949.

It was a war-born character who re-emerged in an era defined by a totally different war, and the creators behind him were still figuring out who would be the character for a new generation. The articles published by Steve at the time of Vietnam have not touched Vietnam at all. There were glimpses – Steve was interacting with an occasional counter-cultural activist, vaguely weighing on military responsibility, and so on. – but nobody seemed to think that Captain America should serve more than what he had already done.

All in all, Steve's stories in the '60s and' 70s revolved around his adventures on the home front, with a lot of extreme metaphor mixed with a drama of slices of life infused by the camp. This does not mean that Steve's stories in the 60s and 70s were completely cleansed by real-world politics. Events like the original Secret Empire Addressed the metaphorical scandals of Watergate and posed pressing questions about the morality of the US government, even though Cape has never been questioned about whether he would go abroad or not.

Do not forget that at this point, Cape not only had a secret identity to maintain, but also did not have any history or history at all. Originally defined. The comics were still trying to figure out who Steve Rogers was, what his powers were and where he was. integrate into the Marvel Universe in general.

Perhaps more importantly, the era of the "super soldier" had changed dramatically when Steve was rehabilitated. Captain America did the work for the comic book of the Second World War, but for the Vietnamese era, Marvel created new soldier heroes such as Frank Castle (the Punisher), representing a more "extreme" model, a flaming gun , hard) a patriotism reflecting the national mood. Frank was as much a Captain America in the Vietnamese era as Steve for World War II – and a metaphorical hook on which one of Steve's timely stories about Vietnam would have been trapped.

The creators Chip Zdarksy and Mark Bagley have an advantage in writing about the 1960s by 2019. They come from a place and time where the understanding of Steve Rogers as a character is well. more established. The questions about Captain America have moved away from the base – "Who is this guy? What powers does he have? How does he pay his rent? – and in larger, more conceptual dilemmas, such as the "American Dream".

Captain America has evolved since the 60s and Spider-Man: Life Story take the opportunity to bring this evolution to an end. He is a Steve Rogers very involved in the Vietnamese conflict, and he is not alone. Iron Man – still known as "Tony Stark's bodyguard" (Marvel loved secret identities in the 1960s) – also joined the fight, arming US soldiers and posing as a kind of industrial morale booster for the press.

The position of Iron Man on the front as a standard-bearer of the military-industrial complex makes sense: Tony Stark's origins are deeply linked to Vietnam and the Cold War, just as Steve is associated with the fight against fascism. Tony's modern origin may be constantly ignored to preserve the slippery timeline, but the character's roots remain. Leaving as a hero-slash-capitalist adventurer is exactly what Tony Stark is.

Steve, meanwhile, has become a "traitor". His place in the war proved not to be a wild representation of the World War against US fighters, but a protector of Vietnamese civilians trapped in the conflict. This particular take would never have flown in 1964 – but it's the perfect statement of intent and growth for Captain America in 2019.