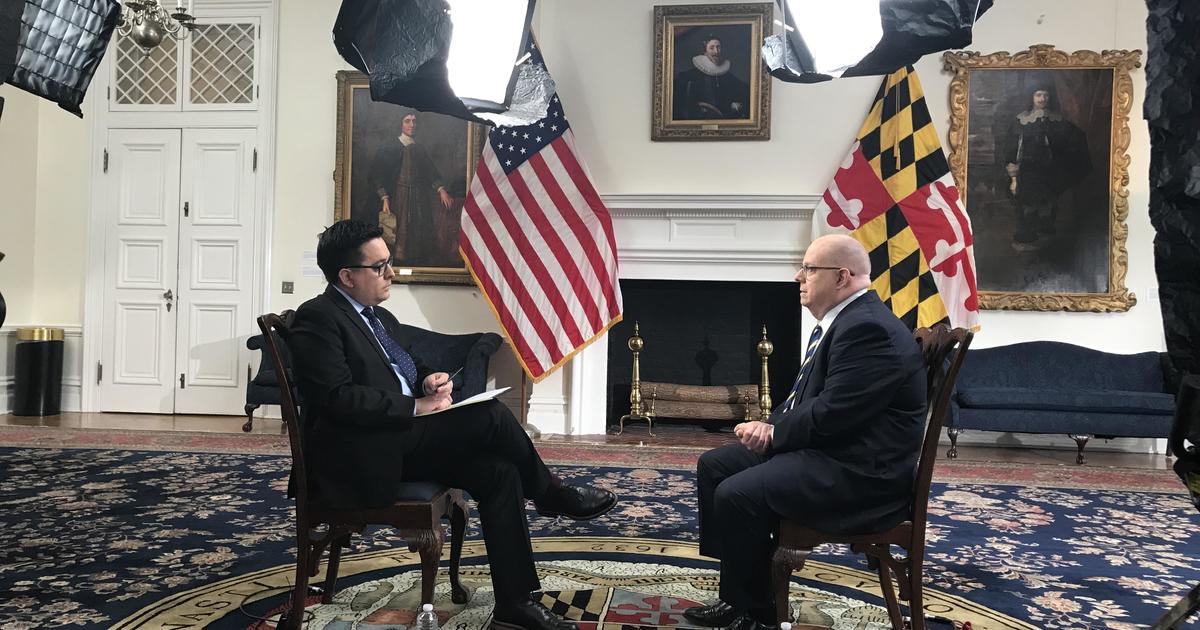 The Republican Governor of Maryland, Larry Hogan, said that President Trump is likely to repel a main opponent of the GOP, he may be vulnerable in general elections against the eventual Democratic candidate.

"The problem that worries me is that it has a very small number of re-elections, I think in the 30s, the highest, 30," Hogan said on Tuesday, about Mr. Trump's survey in an exclusive interview with CBS News. "So his chances of losing a general election are pretty good, I'm not saying he could not win, but he's pretty weak in the general election."

If the president's approval ratings continue to plunge into the campaign cycle, Hogan said the Republican Party will have to consider what its potential defeat could mean for GOP board members across the country.

"At some point, if it weakens further, the Republicans would say we're worried about whether it will win if we face a very, very left-wing Democratic candidate, and if it's going to make us fall to the ground with him. if you are elected, "he added.

Hogan easily won his reelection in November at double digits, beating former NAACP president Ben Jealous. But Republicans' attempts to get more seats in the state legislature were unsuccessful and GOP holders lost three top county executive officers, in part because of state opposition to Trump .

Republicans opposed to some of Trump's policies and governance styles have asked Hogan, the two-term popular Republican governor in a deep blue state, to run for the White House and challenge the president for his appointment to the GOP.

Hogan told CBS News that the likelihood that a person steals the appointment of an outgoing president to the presidency of a party is very slim. But then, he noted that the odds were equally unfavorable to him when he had won two consecutive races at the governorship in Maryland.

"I do not know what it will look like on the road," he said. "Today, it would be very difficult.Nobody has successfully challenged a practicing president of the same party at the primary since 1884. I know that I am the second Republican in the history of Maryland but I'm not sure it's likely the same thing the odds I suppose. "

Hogan shares more about his own presidential ambitions on Wednesday on "CBS This Morning".