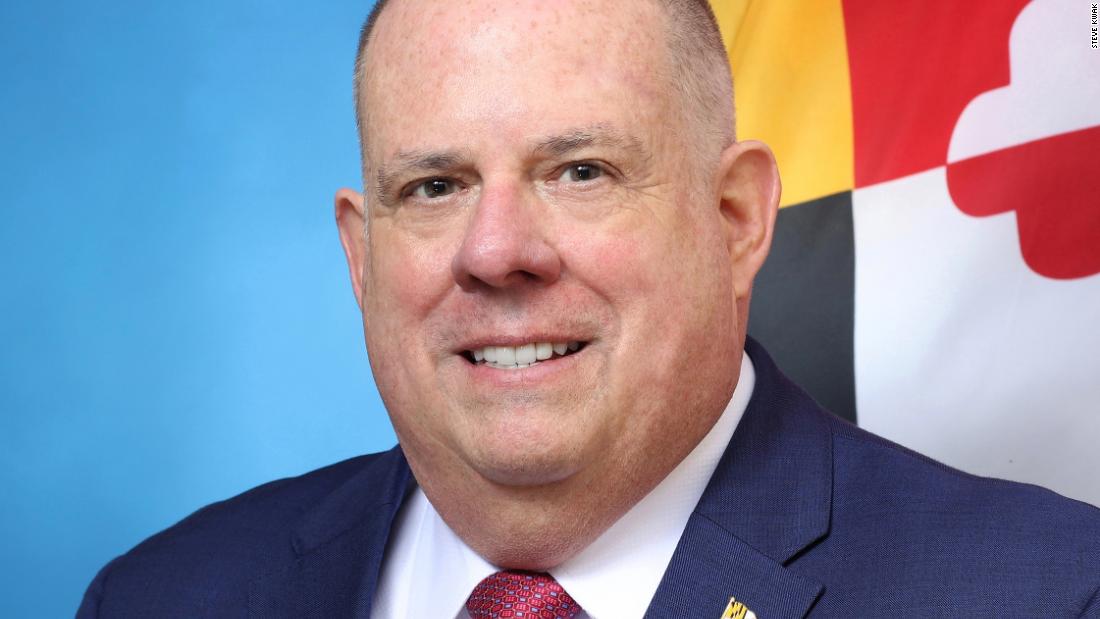 "The problem that concerns me is that it has a very small number of re-elections, I think in the '30s, the highest of the 30, the lowest of the 40," Hogan said in the statement. # 39; interview. "So his chances of losing a general election are pretty good, I'm not saying he could not win, but he's pretty weak in the general election."

According to Gallup's latest poll, Trump is globally favored at 44%. But a CNN poll last month showed that the president maintained strong support within the party, with 81 percent of Republicans endorsing Trump's performance as president.

Hogan added that Trump's unpopularity could jeopardize the Republican chasm, especially if the president faced a "very very leftist" opponent.

"At some point, if it weakens further, Republicans would say we're worried about whether it will win if we face a very, very left-wing Democratic candidate, and whether he'll take us out with him, if you are an elected one, "Hogan told CBS.

Making a wink to his own plans for the future, the two-term governor also acknowledged that it would be unlikely that a main competitor defeating an incumbent president to win the nomination of the party – compared to his unlikely success at becoming Republican's second Republican governor.

"I do not know what it will look like in the future," he told CBS News. "Today, it would be very difficult.Nobody has successfully challenged an incumbent president of the same party at the primary since 1884. I know that I am the second Republican (governor) of the United States. Maryland's story, but I'm not sure, it's probably pretty much the same chances, I guess. "

Hogan told CNN earlier this month that he was open to running for the 2020 Republican ticket.

"I watch this talk with great interest," Hogan told CNN. "I'm flattered by the people who say that and who include me in these discussions." My goal is to stay here for four years and do the best job possible in Maryland, but I've already said: "Never say anything." Who knows what will happen?

Maryland Republican was also a vocal critic of Trump, denigrating Trump's fixation on a border wall in a CNN editorial last week.

"President Trump: Let's be honest, neither Mexico, nor" Chuck and Nancy "will pay the shining sea-sea wall that you promised during your campaign," Hogan wrote, adding later, "Mr. President, in some regions a wall makes no sense. "