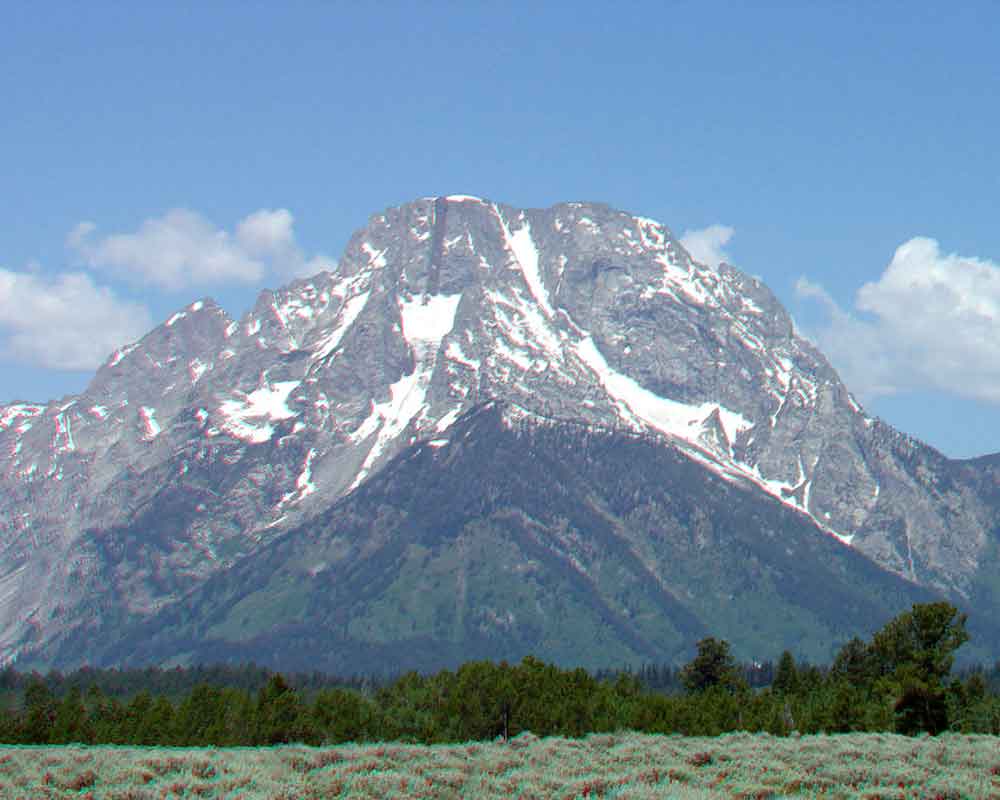 Scientists have discovered huge mountains in the Earth's mantle, a breakthrough that could change our understanding of planet formation.

Most schoolchildren learn that the Earth has three layers: a crust, a mantle, and a core, subdivided into an inner core and an outer core.

Although it is not wrong, it leaves out many other layers that scientists have identified on Earth.

In a study published in the journal Science, scientists used data from a huge earthquake in Bolivia to find mountains and another topography on a layer located at 660 kilometers, thus separating the two coats.

Having no official name for this layer, the researchers simply call it the "660 km limit".

To explore the Earth in depth, scientists from Princeton University in the United States and from the Institute of Geodesy and Geophysics of China have used the most powerful waves of the planet, generated by tremors large-scale land.

Earthquake data of magnitude 7.0 or higher send shockwaves in all directions that can cross the heart on the other side of the planet – and vice versa.

For this study, key data come from waves captured after a magnitude 8.2 earthquake, the second-largest-ever deep-sea quake that rocked Bolivia in 1994.

Scientists have used powerful computers to simulate the complex behavior of scattering waves in the deep Earth.

Technology is based on a fundamental property of waves: their ability to bend and bounce.

Just as light waves can bounce (mirror) on a mirror or bend (refract) when passing through a prism, seismic waves pass through homogeneous rocks but reflect or refract as soon as they meet a boundary or a roughness.

"We know that almost all objects have a surface roughness and therefore a diffuse light," said Wenbo Wu, who was at Princeton at the time of the study.

"That's why we can see these objects." The scattered waves carry information about the roughness of the surface, said Wu, currently a postdoctoral researcher at the California Institute of Technology in the United States.

"In this study, we studied scattered seismic waves propagating inside the Earth to limit the roughness of the 660 km land boundary," Wu said.

The researchers were surprised at how rough this border is – rougher than the surface layer on which we all live.

"In other words, a stronger border than the 660 km is present in the Rocky Mountains or the Appalachians," Wu said.

Their statistical model did not make it possible to determine the height precisely, but it is possible that these mountains are larger than anything on the surface of the Earth.

The roughness was not evenly distributed, either; Just as the surface of the crust has smooth seabed and gigantic mountains, the 660 km limit has rough areas and smooth areas.

The researchers also examined a layer 410 km below, at the top of the "transition zone" in the middle of the mantle, without finding a similar roughness.

"They find that the deep layers of the Earth are as complicated as what we see on the surface," said Christine Houser, seismologist, assistant professor at the Tokyo Institute of Technology, who did not participate in this research.

The presence of roughness on the 660 km limit has important implications for understanding how our planet has formed and continues to function.