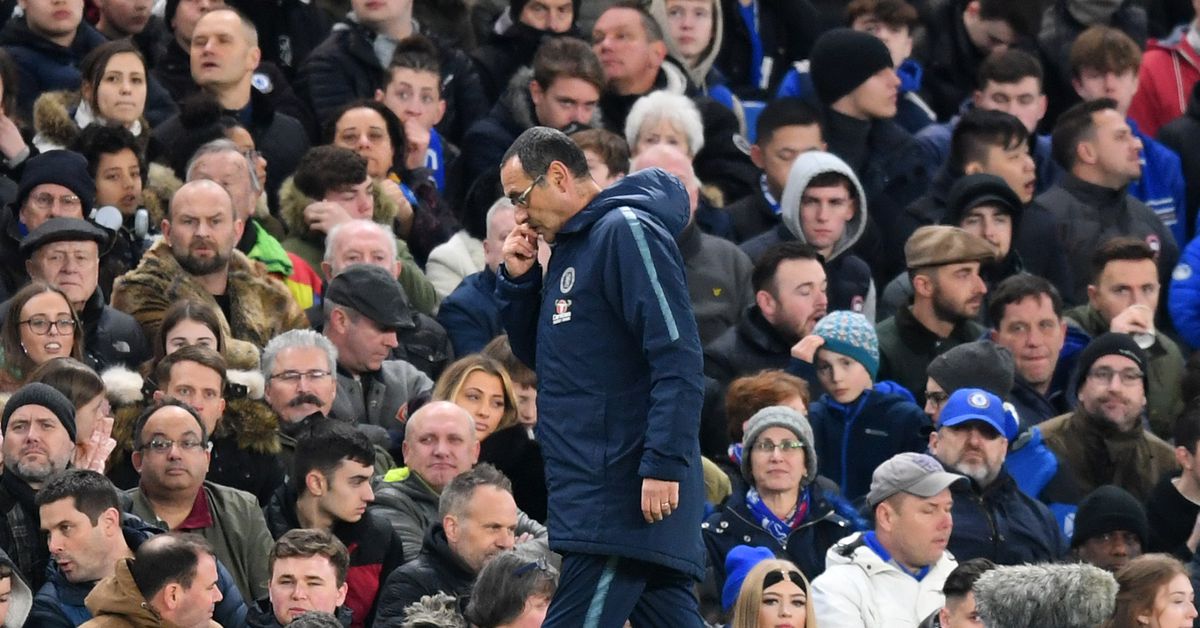 That said maybe it took a fifth defeat in ten games for the first reports of the decline in Sarri's job security to actually begin to appear. The man seems to enjoy the confidence of Chelsea's hierarchy more than any other coach of the Abramovich era, with the possible exception of Mourinho Mk.II, who was allowed to drive Chelsea over of the relegation zone before the fall of the hammer – without Mourinho, Chelsea, as we know, may not exist, so it is quite understandable that he received a (relatively) long leash. Again, even Antonio Conte was allowed to attend the season despite the clear and present personal conflict he had developed with "The Board".

Perhaps Abramovich is softening. Maybe he's losing interest. He has apparently not played in one game this season, which means it may have been a year or more since he last played in a match at Stamford Bridge (he may not have a work visa but he is allowed to travel to the United Kingdom without any problem – an Israeli citizen). But the Guardian reports that the owner of Chelsea still has the last word on Sarri, and will personally make the decision to return it or not (or when exactly), it was suggested that Marina Granovskaia, the hand of the Emperor, who runs the club otherwise might risk losing his job alongside Sarri, but such reports are certainly false speculations (at worst, Granovskaia could be reassigned, but Abramovich will surely not overthrow a longtime assistant on something as trivial as football).

Of course, there is also the idea that Chelsea (as a club) has fully invested in Sarri (as a football prophet) and is, for the first time in the Roman era, ready to to face any storm necessary for its ideals to be properly implemented. . For example, Villas-Boas was the last "purist" of the football in charge and his dismissal led to the only victory of this club in the Champions League. So what would be the point of doing it?

"If Plan A does not work, you're not going to Plan B. You're doing a better job with Plan A."
-Johan Cruyff

But reports, including Marcotti in the Times, speak of a "conscious choice" of the club to move away from pragmatism and build a football legacy (as opposed to a winner?). And that could certainly mean that Sarri has a larger than normal buffer zone on the bridge.

Marcotti says that as long as Sarri is in the top four and / or win the Europa League and / or "show signs of growth", he "will come back for next season".

The situation is a little less optimistic at the Telegraph. Matt Law writes that Sarri "could be dismissed" (could!) If he loses to Malmo (return match of the 32nd round of the Europa League) or Manchester City (final of the League Cup). But his report seems to be a huge panacea (danger contract! Prohibition of FIFA! Prohibition of UEFA! Abramovich's exit!) Rather than any genuine insider report from the club that seeks to sack Sarri. Of course, losing to Malmo might be apocalyptic, but the best we can hope for is not to be embarrassed by City again in the second game.

By law, if Sarri is fired in mid-season, Gianfranco Zola would likely take over, while Laurent Blanc and Frank Lampard might be interested in replacing full-time (not so much Zidane, for whatever reason).