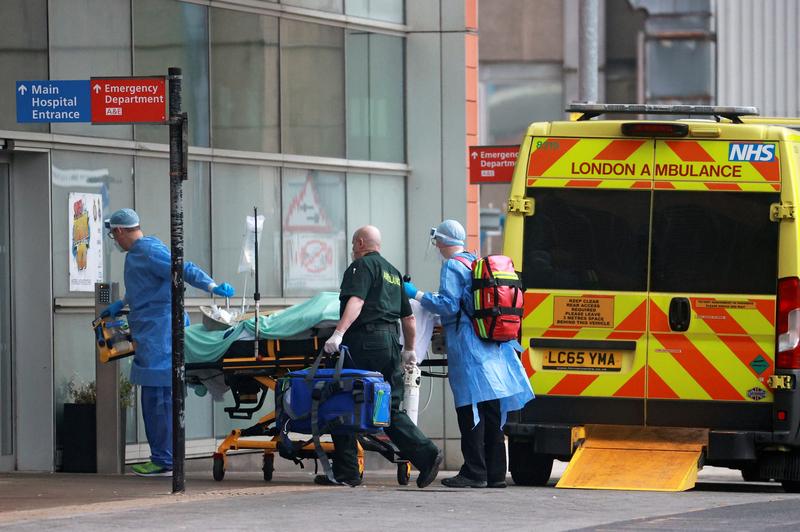 LONDON (Reuters) – Mayor of London Sadiq Khan declared a major incident in the British capital on Friday, saying hospitals in the city risked being overwhelmed if people did not stay at home.

Khan has warned that the number of hospital beds will run out in the coming weeks unless urgent measures are taken to drastically stop the spread of the disease.

“The situation in London is now critical with the virus spreading out of control,” Khan said. “One in 30 Londoners now has COVID-19. If we don’t act immediately now, our National Health Service (NHS) could be overwhelmed and more people will die.

The number of COVID-19 cases in London is now more than 1,000 per 100,000 people, and between December 30 and January 6, the total number of patients hospitalized in the capital increased by 27%. In the past three days, 477 patients have tested positive for the virus.

The number of people hospitalized is 35% higher than during the peak of the pandemic in April, and there are fears that admissions will continue to increase.

“We are declaring a major incident because the threat this virus poses to our city is at the point of crisis,” Khan said. “Londoners continue to make enormous sacrifices and I implore them today to please stay home unless it is absolutely necessary for you to leave.

A major incident is defined as “beyond the scope of normal operations and is likely to cause serious injury, damage, disruption or risk to human life or well-being, essential services, the environment or national security ”.