McCabe goes back to Rosenstein and his 25th amendment claim 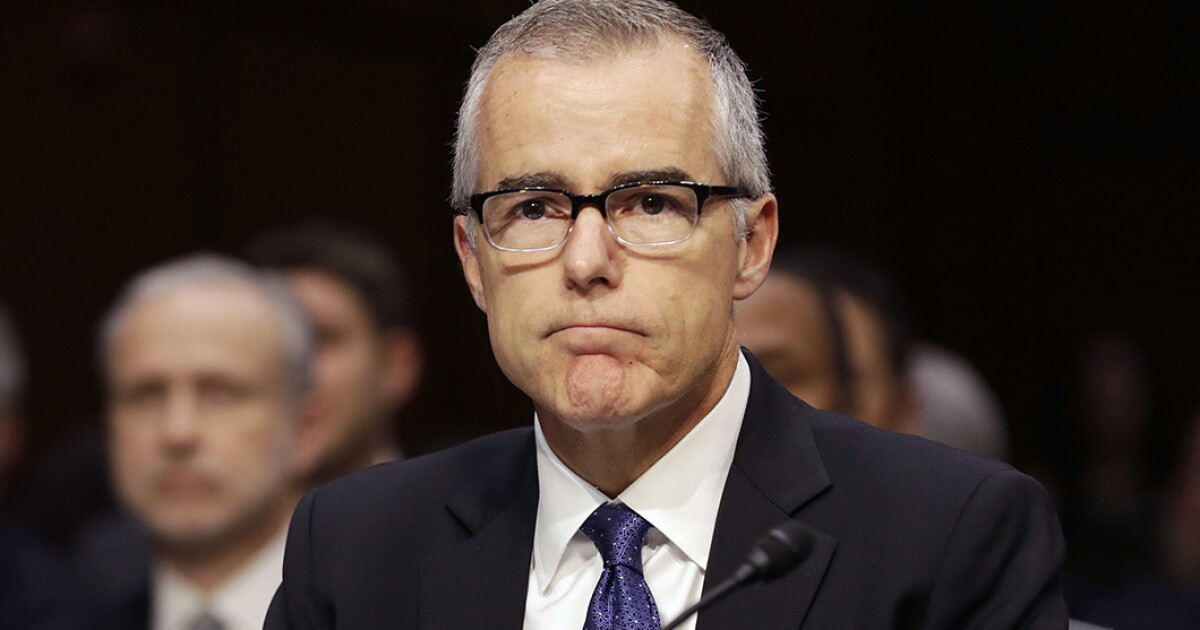 FAndrew McCabe, deputy director of the Ormer FBI, goes back on the suggestion that he would have begun discussions about whether President Trump could be removed from office under the 25th amendment.

McCabe spokeswoman released A declaration On Friday, he said McCabe's statements about such conversations "have been taken out of context and misrepresented."

The New York Times reported in September that Deputy Attorney General Rod Rosenstein had discussed the use of the amendment and wearing a thread to record his conversations with the president. Rosenstein denied the report.

These conversations made headlines again on Thursday, when "60 Minutes" correspondent Scott Pelley said that Mr. McCabe told him that there would have been "meetings" in which there was talk of the United States under the 25th Amendment. "

McCabe spokeswoman Melissa Schwartz said the former head of the Department of Justice was only confirming a discussion that had already been reported and that new reports had been overtaken.

The anecdote is not included in McCabe's upcoming book, "The Threat," she said. The book should be published Tuesday.