McConnell no longer wants to talk to Trump after riots: report 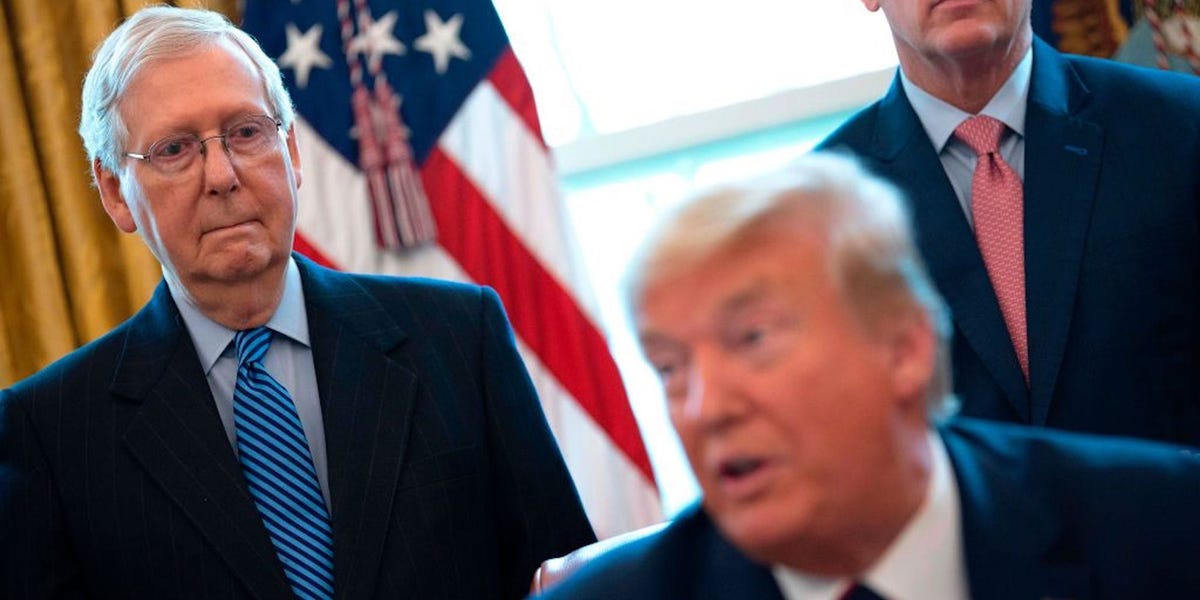 The president was accused of inciting riots by urging his supporters at a rally Wednesday “to fight” and march to Capitol Hill, where Congress counted the electoral votes and finalized the victory of President-elect Joe Biden in the November elections.

Trump spent months launching false conspiracy theories about voter fraud and rigging, while falsely insisting that the race was “stolen” from him and that he was the rightful winner. At Wednesday’s rally, the president reiterated these claims, adding: “We will never concede,” as his supporters applauded.

Crowds of them then stormed the US Capitol, clashed with police, broke into the building, ransacked lawmakers’ offices, and reached the floor of the House and Senate.

At the time, lawmakers were debating a Republican challenge to Arizona’s electoral votes, but both houses were forced to recess as members, Hill staff and reporters were sheltered on site or behind makeshift barricades. The attempted coup by the pro-Trump mob left five people dead, including a Capitol Hill cop.

When Congress met again more than six hours later and after the building was finally secured, McConnell strongly condemned the rioters.

“The US Senate will not be intimidated,” he said. “We will not be kept out of this chamber by thugs, mobs or threats. We will not yield to lawlessness or intimidation. We will fulfill our duty under the Constitution and for our nation. “

McConnell added: “Even during an ongoing armed rebellion and Civil War, the clockwork of our democracy continued. The United States and the United States Congress have faced threats far greater than the disorganized crowd we saw today. “

“They tried to disrupt our democracy. They failed,” he said. “This failed insurgency only underscores how crucial the task ahead is for our republic.”

“We are looking at all the players here, not just the people who entered the building, but … were there others who may have helped, facilitated or played a secondary role in this area,” he said. Acting US attorney Michael Sherwin told reporters in a phone call.

The Post reported that when Sherwin was specifically pressed to find out if this included Trump, he replied, “We are looking at all the actors here, and all who had a role. Whether the evidence matches the element of a crime. , they’re going to be charged. “

After Sherwin’s comments, the president released a video condemning the violence on Capitol Hill. The New York Times later reported that the president resisted recording the message and only gave in when he realized he could face legal issues related to the riots.