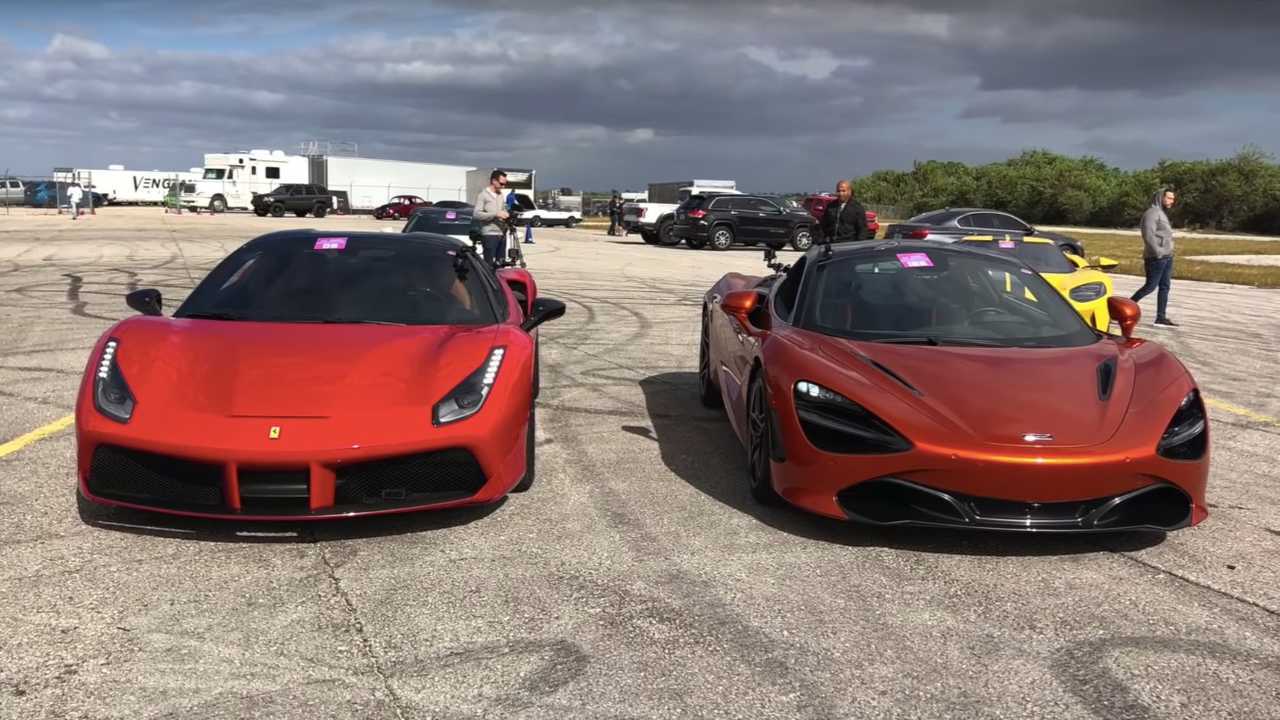 This month alone, the McLaren 720S has faced several deserving opponents in drag racing against two Lamborghini – a supercharged Huracan and the other is an Aventador SVJ stock. On both races, the 720S has won enough.

This time, however, the 720S faces another Italian: a Ferrari 488 Spider. Those who are followers of supercars know pretty much that the challenger is more of an outsider here, with a significant disadvantage in terms of power. Can the 488 hold or need the help of the latest F8 Tributo (images below)?

Let's first compare the numbers to see how far away the Ferrari is.

The Ferrari 488 Spider, meanwhile, has a slightly smaller engine (3.9L) and a twin-turbo V8. However, it produces less power at 660 hp and 561 lb-ft of torque. It also has a seven-speed DCT, which sends power to the rear wheels. The biggest difference is their weight. The 488 Spider tipped the scales at 332 kg – a substantial difference in weight that can be corrected by placing a healthy passenger in the 720S.

Less power and more weight, you know the outcome of this race. What makes us wonder, what about the F8 Tributo? The replacement 488 is quite suitable, with 720 hp and 568 Nm of torque announced at launch, and a considerable weight loss, it is a perfect match against the 720S. Let's hope all DragTimes happen to run a F8 Tributo owner sooner than later.

First look at Vietnam and its leader Lady Triệu in Civilization 6 • Eurogamer.net