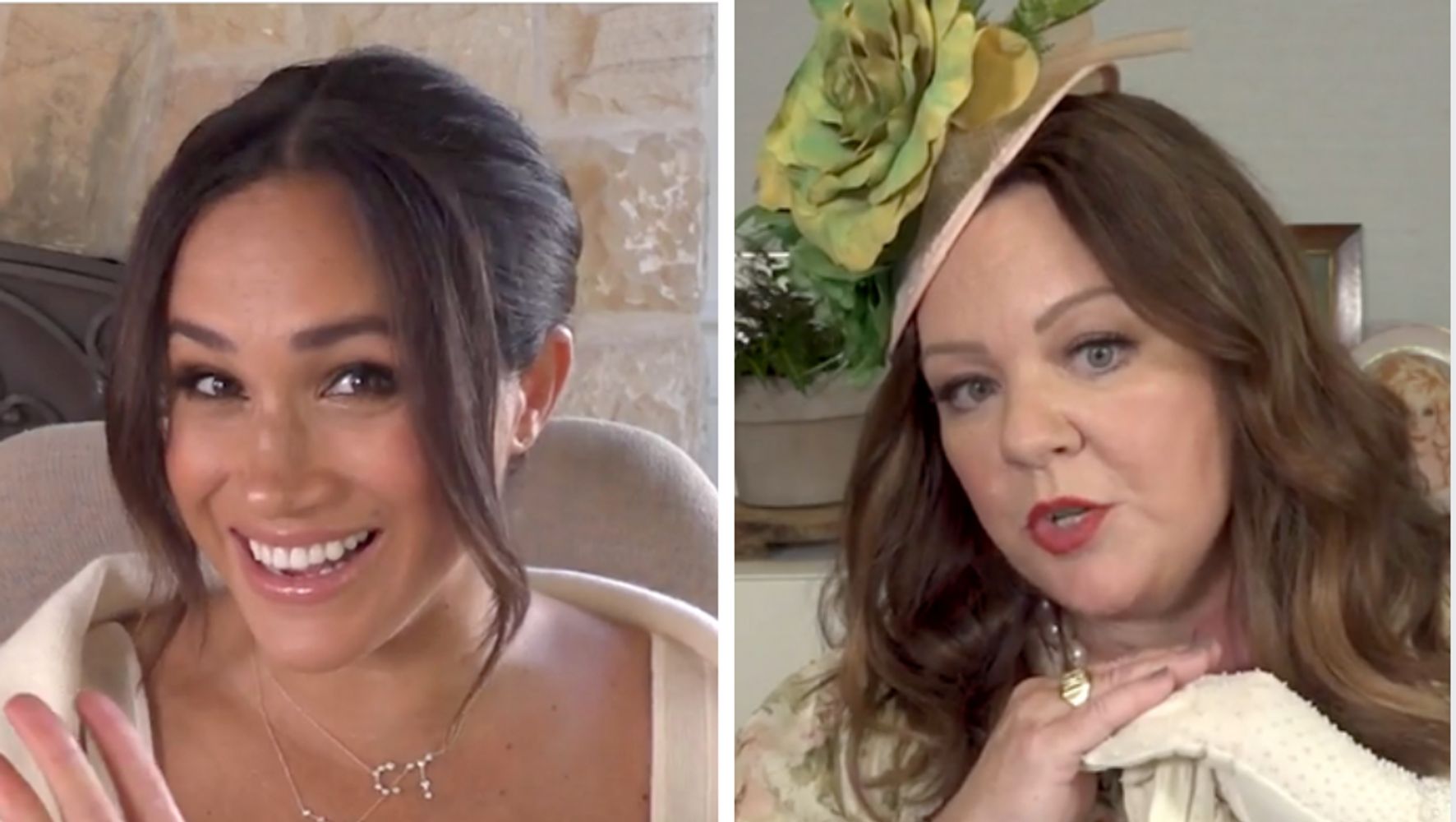 The Duchess of Sussex celebrated her milestone birthday on Wednesday by launching a new initiative to help women re-enter the workforce, called 40×40.

Meghan has brought in some very famous friends and mentors including Amanda Gorman, Gloria Steinem, Adele, Dr Ibram X. Kendi and Stella McCartney who will each give 40 minutes of their time to help some of the women.

Meghan kicked off the effort with an announcement on her and on Prince Harry’s charity website Archewell and a very funny video starring Melissa McCarthy.

In the clip, the Duchess tries to talk to McCarthy about her celebratory plans, but the “Bridesmaids” actor has other ideas.

“I know what it is,” McCarthy replies while wearing a very British outfit, worthy of the afternoon snack.

“My first guess is another photo shoot, under a tree, where you look very peaceful?” The actor asked, possibly referring to the photo the Duke and Duchess of Sussex used to announce they were expecting a second child.

“Peaceful under a tree, it’s me every day,” the Duchess joked.

McCarthy tried to think of other things Meghan was going to do to celebrate, including a party on a yacht and the two finally got matching tattoos.

When McCarthy showed off a render of the ‘Besties Forever’ tattoo, Meghan said she already had ‘something really similar’ on her back and maybe they should save it for her 50th birthday.

The Duchess also shot down a ‘Suits’ reunion as part of her celebration, saying,’ I love ‘Suits’, but why would I do a’ Suits’ reunion for my birthday? ”

Joking aside, Meghan then spoke to McCarthy about the new mentorship project she is launching and how important it is, given the number of women who have had to leave the workplace due to the COVID-19 pandemic.

“Because I’m 40, I ask 40 friends to donate 40 minutes of their time to help guide a woman who is mobilizing to get back into the workforce,” she said. “More than 2 million women in the United States alone and tens of millions around the world have lost their jobs due to COVID. And I think if we all do that, and we all devote 40 minutes to some kind of service, we can create a ripple effect. Are you in? ”

McCarthy agreed to be part of the initiative before signing the two. The clip added some bonus footage after the cast said goodbye, which showed McCarthy saying the video involved “a lot of hat work” on his part.

Seconds at the end showed the Duke of Sussex accidentally stepping into the frame as he juggled outside, and McCarthy laughing out loud with an “Oh, my God!”

Meghan shared more about the initiative in a letter to Archewell, writing that ‘As I reflect on my 40th birthday and the many things I’m grateful for, I’m struck that time is one of our greatest gifts. and the most essential ”.

“Time with our loved ones, time doing the things we love, time spent learning, laughing, growing up and the sacred time we have on this earth,” the Duchess added. “Another of the most precious gifts of time is time spent serving others knowing that it can make incredible change.”

The Duke and Duchess of Sussex are currently on parental leave following the birth of their second child, Lilibet “Lili” Diana Mountbatten-Windsor.

Despite their absence, the royals have continued to share the projects they are working on. Shortly after the June publication of Meghan’s first children’s book, “The Bench,” the former “Suits” actress announced that she was producing a children’s animated series called “Pearl” for Netflix.

Harry also remains busy, as the Duke revealed in July that he was working on an “intimate and heartfelt” memoir to be published in 2022. The book, which will be published by Random House, promises to be an “accurate and entirely truthful one. On the life of the duke.

Subscribe to HuffPost’s Watching the Royals newsletter for all things Windsor (and beyond).