Met Museum to make the price artifact because it was stolen 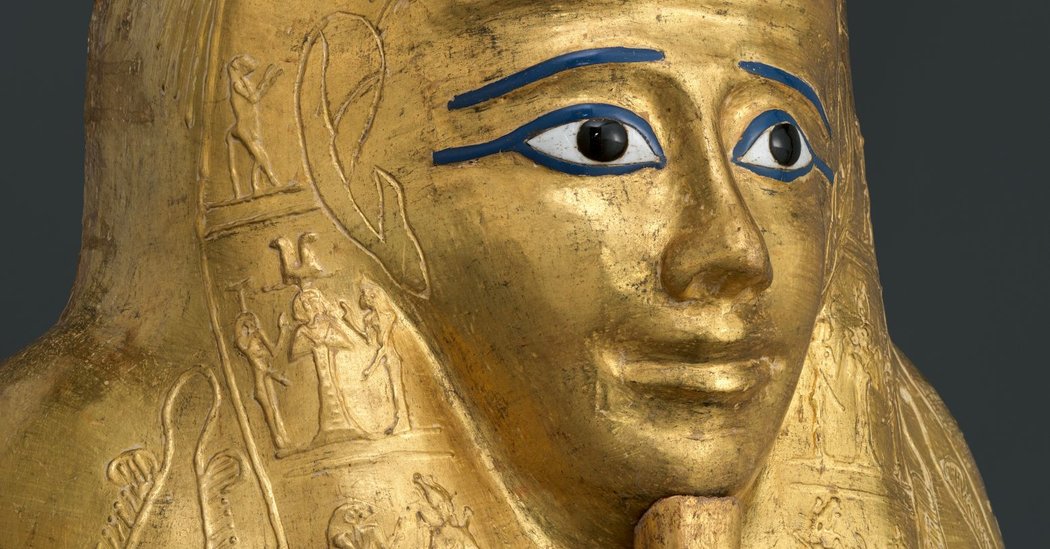 The Metropolitan Museum of Art built a major exhibition last year around a new acquisition, a gold – cased coffin dating back to the 1st century BCE. this was inscribed for Nedjemankh, a high-ranking priest of Herakheopolis' ram-headed god Heryshef.

But the exhibition titled "Nedjemankh and its Golden Coffin" was closed earlier this week because the Met agreed to return this highly decorated artifact to Egypt after investigators determined that it had recently been looted from that country.

Museum officials said that they had purchased the item from a Parisian art dealer in 2017 and that they had been deceived by a fictitious origin that gave the impression that the coffin had been legitimately exported decades ago.

Prosecutors from the Manhattan District Attorney's Office presented evidence to the museum suggesting that he was looted in Egypt in 2011.

This is the latest in several incidents that have raised questions about the thoroughness of the control procedures applied by the museum when acquiring antiques. The Met said it had fully cooperated with the prosecutor's investigation and added that the museum would "revise" its procurement process.

The investigators did not explain in detail how they had discovered that the artifact had been looted, but District Attorney Cyrus Vance Jr. said in a statement: "The Guardians of the World's Largest Artifacts" have the duty to subject their acquisitions to scrutiny. "

Over the years, the Met is sometimes separated from old objects that may have been stolen. About a decade ago, for example, the museum made a 2,500-year-old vase called Euphronius krater to the Italian government, who suspected that he had been looted.

In 2017, the prosecutor's office seized from the museum a 2,300-year-old vase representing Dionysus, the god of the grape harvest, mounted in a cart pulled by a satyr. The vase was allegedly looted by grave robbers in Italy in the 1970s.

Last year, the Met announced its return to India from an eighth-century stone sculpture depicting a Hindu goddess and a limestone sculpture of the third century.

In their statements on Friday, museum officials made it clear that they understood the institution's responsibilities as one of the world's largest encyclopaedic museums, with considerable funds from antiquity.

"Our museum must be a leader among our peers in respect of cultural property as well as in the rigor and transparency of the policy and practices we follow," said Max Hollein, the museum's director, in a statement. written. "We will learn from this event – especially I will be conducting a review of our acquisition program – to understand what more can be done to prevent such events in the future." "

In a statement, Met president and CEO Daniel Weiss apologized to Dr. Khaled El-Enany, Egyptian Minister of Antiquities, and said the museum was determined to determine "how we can contribute to prevent future crimes against cultural property. "

Museum officials said the prosecutor's investigation revealed that the Met had received a false property history, fraudulent statements and false documents, including a false Egyptian export permit dating from 1971 for the coffin. .

The Met paid 3.5 million euros for the coffin in July 2017, said Kenneth Weine, a spokesman for the museum. He added that it had been purchased from a Parisian art dealer, Christophe Kunicki, and that the Met was planning to take into account all the means to recover the money that it had. he had poured.

A The website with the name of Christophe Kunicki, a Parisian address and the title "Antiquités méditerranéennes" indicates that Mr. Kunicki specialized in "Greek, Roman, Egyptian and Middle Eastern antiquities". There was no response to an email requesting a comment sent to an address. listed on the site.

The Met exhibition, initially scheduled for April 21, was intended to provide contextual information on the role of the Nedjemankh priest in ancient Egypt, his burial and decoration on his coffin. At the same time, the museum displays about 70 works from its important collection, including a priest's headdress, a statuette depicting a worshiping baboon, and funerary amulets depicting the four sons of Horus.

But just about every step, the coffin was the star.

The richly decorated surface includes scenes and texts in thick gesso relief intended to protect and guide Nedjemankh in his journey from death to eternal life as a transfigured spirit.

The gold used on the outside of the coffin was associated in ancient Egypt with gods and deified deeds. According to ancient texts, the use of gold in the coffin would have helped the deceased to be reborn in the life to come.

"For the ancient Egyptians," said the museum, "gold and silver could symbolize the flesh and bones of the gods or the sun and the moon; at a more specific level, they were associated with the eyes of the cosmic deity Heryshef, to whom Nedjemankh served.