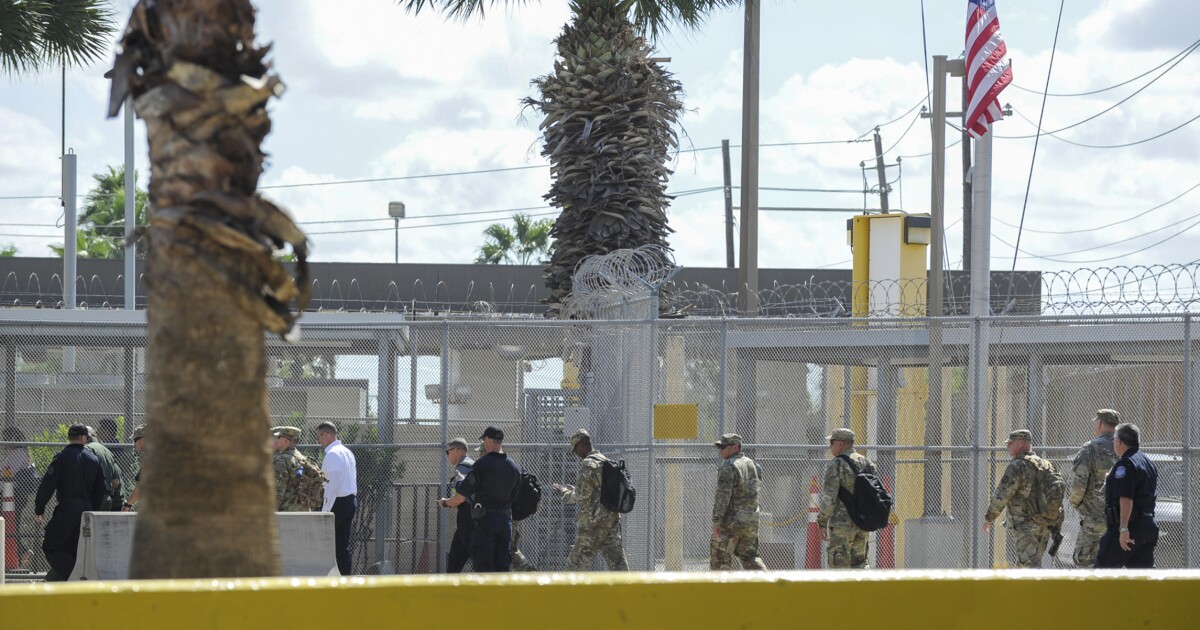 MUS troops interrogated two US soldiers along the border between the two countries earlier this month. US soldiers were on the US side of the border and conducting routine surveillance, defense officials said.

The soldiers were in an unidentified customs and border protection vehicle near the southwestern border near Clint, Texas.

Officials confirmed that Mexican troops were armed with what appeared to be rifles. They took out their weapons when they saw the two US soldiers and ordered US troops to surrender their weapons to a military vehicle. According to officials, the two Americans were forced "to try to defuse a potentially unstable situation."

"Throughout the incident, US soldiers followed all established procedures and protocols," Northern Command said in a statement.

While the two US troops were on the south side of the security perimeter, officials said they were still north of the Rio Grande and were therefore firmly within US territory. After the incident, military officials and the Department of Homeland Security sent an investigation to the Mexican government to ask for explanations.

"A survey conducted by CBP and DOD revealed that members of the Mexican army thought that US soldiers were south of the border," Northern Command said, referring to the US Customs and Excise Department. Border Protection and the Department of Defense.

"Although they were south of the border fence, US soldiers remained on US territory, north of the border," the statement said, adding that "after a brief discussion between soldiers from both countries," he said. , the Mexican military left the area. "